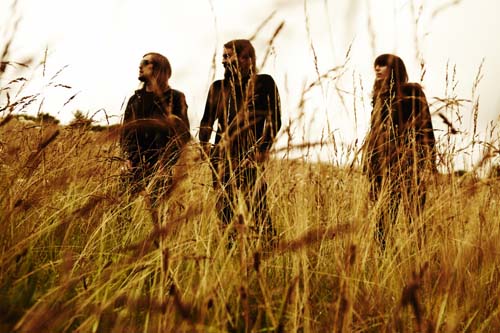 Band Of Skulls have announced details of the release of a new single. Bruises will be released on Sunday February 12th through Electric Blues Recordings.

The single is taken from their forthcoming second album, ‘Sweet Sour’, which will be released on Monday February 20th 2012. The album was recorded at Rockfield studios in Wales with producer Ian Davenport and mixed in Los Angeles by Nick Launay (Nick Cave / PIL / Yeah Yeah Yeahs).

The single is supported by a mesmerizing video in which a team of geeks battle against Mexican Louchadores in a highly charged ten pin bowling challenge.

The band have recently announced details of a London Roundhouse show on Tuesday 6th March 2012, the culmination of a U.K. headline tour which kicks off in mid February – the band’s last London headline show at Heaven in October of this year sold-out within minutes of going on sale in July.

The full list of forthcoming shows is as follows:

Tickets for the regional headline shows are priced at £15 (€14.15 in Dublin) and are available via www.bandofskulls.com.

Enter Shikari ‘A Flash Flood of Colour’ out now