Proud Camden will play host to an exclusive performance from Adam Ant on Tuesday 6th March. This personal performance celebrates the launch of Adam Ant: Dandy in the Underworld; a collection of iconic portraits of the Post Punk star that span his extraordinary, eccentric and eclectic career. 100% of ticket prices will be donated to Adam Ant’s chosen charity, DEBRA.

Adam Ant will be taking to Proud Camden’s famous Main Gallery stage to play an intimate music set, which opens to the public from 8.30pm onwards following Proud Galleries’ VIP private view of the exhibition.

Following the success of his 2011 15-date UK tour, ‘The Good, The Mad and The Lovely’ – his first in 15 years – and before the release of his eagerly anticipated 2012 album ‘Adam Ant Is the Blueblack Hussar in Marrying the Gunner’s Daughter’, this exclusive performance will see the New Wave/Post Punk musician performing a mix of hit anthems, old and new.

Tickets to the public event will be available for £15, from the Proud website, with 100% of ticket prices donated by Adam Ant to DEBRA, a national charity working on behalf of individuals and families affected by Epidermolysis Bullosa (EB) 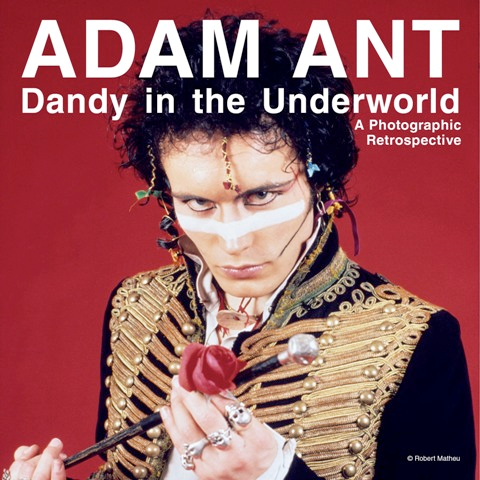 Adam Ant: Dandy in the Underworld A Photographic Retrospective