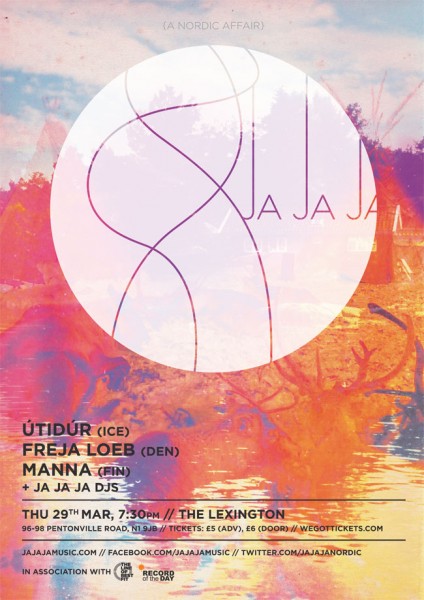 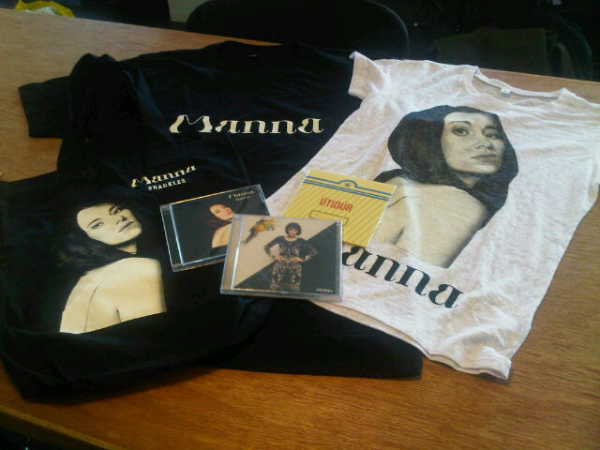 To win, simply email the correct answers to win@aaamusic.co.uk alongside your name and address

a) Which artist collaborated with Mark Lanegan?

b) How many nights a month does Ja Ja Ja host in London?

Ja Ja Ja is (secretly) a little pleased with itself. Two years on, it’s still going from strength-to-strength, outdoing itself each month with its consistently brilliant line-ups and sold-out club nights. Not one to rest on its laurels however, and always aiming to improve and evolve, last year we brought you the one-of-a-kind Nordic music love-in that is www.jajajamusic.com, a big two year birthday bash and a retrospective download album. Now Ja Ja Ja would like to announce that its club night is going bi-monthly. Don’t be sad – it means we’ll will be bigger, better and badder every-other-month – and it also means Ja Ja Ja will be bringing you some extra special nights very soon. Watch this space for details…

Now onto the important stuff……the next Ja Ja Ja on 29th March with Finland’s Manna on the bill. If you’ve been addictively lapping up the return of Mark Lanegan, than you may have come across Manna guesting on ‘Wishing Well’ – http://soundcloud.com/mannamariam/sets/wishing-well-feat-mark-lanegan – or seen her debut ‘Songs of Hope and Desire’ (2010) praised across the UK music press from Sunday Times Culture: “dreamy, doomy music” to Classic Rock: “she’s a genuine talent all right, capable of both dreaminess and riffs that Royal Trux last rode in on. There’s a killer attitude, too”. Manna’s music combines psychedelic bluesy rock and dreamy folk to beautiful pop melodies, creating a unique and powerful sound. Live, Manna is not to be missed. Fader (US) raved that “her stage presence makes her shine”. Muse selected Manna to support them in Finland in 2010 and in 2011 Melissa Auf Der Maur handpicked her for support on her Scandinavian tour. Not to mention critically acclaimed appearances at major Eureopean festivals such as Eurosonic and by:Larm, a UK tour with shows at Club NME and performances at The Great Escape and Secret Garden Party Festivals. The single ‘Shackles’, taken from Manna’s up and coming second album, will be released in the UK in March.

Two female solo artists down, and now time for something a little bigger. Útidúr (pronounced: ooh! – detour) are a twelve-piece group comprising players on double bass, drums, trumpet, violins, a second guitar and an accordion.  They play joyous and ambitious chamber-pop with a dramatic streak – think Angelo Badalamenti, Beirut, Calexico and Ennio Morricone. Útidúr has honed their craft for a while and began playing at various venues in downtown Reykjavík in late summer of 2009. On seeing them live for the first time, The Line of Best Fit declared them “just incredible. Music to fall in love and get your heart broken to.” Útidúr’s debut album ‘This Mess We’ve Made’ is out now and was recorded at the Sigur Rós recording studio ‘Sundlaugin’ in the summer of 2010.

Antony To Be Meltdown Director

Look, Stranger! – ‘One For The King’ EP, video and launch party