A Chat With Jake Morley 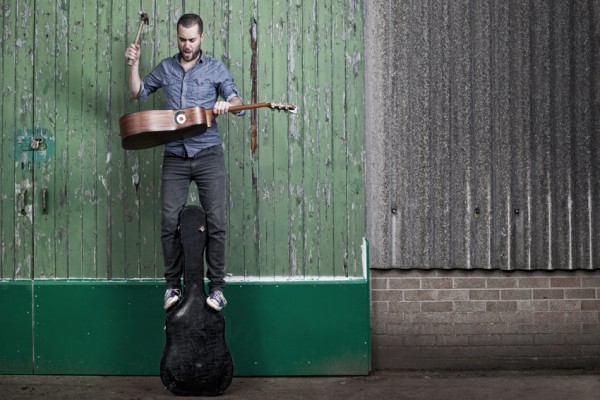 AAAmusic: Hi Jake, congrats on your debut album “Many Fish To Fry”, the past few months must have been pretty hectic, how have you found them?

Mad. I’ve just finished touring the uk talking to radio stations. Sometimes it’s like one guy in a shed who doesn’t know what he’s doing with only his mum listening, and sometimes it’s a hundred people running around and they’ve got big red signs that light up when you’re live and thousands of people are listening. Not knowing which one it will be before you go is part of the fun.

That stuff is about trying to communicate what you want to say in the best way possible, a bit like writing songs I suppose. Not always easy for someone like me who got into music because I stumble over my words in real life.

AAAmusic: You have a very distinctive guitar playing style, can you tell us a little bit about how you learned to play?

I taught myself, or rather I was taught by oasis when I was 13, then Gomez when I was 15, then the Red Hot Chili Peppers when I was 16… Clever guitar stuff isn’t that important by itself though, it’s just a tool to try to express yourself. I fell into lap-tapping and guitar percussion because I felt like it opened up a world of opportunities in my song writing. It felt totally exhilarating.

Although most of this album is acoustic guitar stuff, I’ve not really got any big tappy acoustic guitar heroes. Plenty of people whose ability I massively respect, but not many, or any, I’d sit down and listen to.

AAAmusic: Can you tell us about the process of making of your album “Many Fish To Fry”

I shut myself away for three months writing songs, then got in a room with the best musicians and producers I knew and we played everything live whilst it snowed outside. After 6 days we had 15 tracks down. I blagged my way into other studios to record pianos and strings and choirs, recorded vocals in home studios and the recorded the sound of me snoring on my iPhone. We tried to mix it but the desk kept blowing up, so we went to a different studio, mixed it again, and it was done.

A great deal of what it is I owe to the talented people who were part of it. Thankfully, they’re still my band, and we seem to get better every time we play.

AAAmusic: Where did the album name come from?

I was writing a track called ‘Those Penguins Never Fly’. It was going well until I realised all of it was rubbish except for the last line – Every life is a new way to die. So I ditched that song and started writing a new one around that one line. It was about the endless potential avenues life can go down and how the idea of that can be both exciting and paralysing. Many Fish To Fry seemed to describe this idea, and became the title of first the song and then the album.

AAAmusic: What is your favourite part about being a musician- is it writing the songs, recording them or playing live?

When one of those three things is going really well, the feeling is amazing and impossible to describe. But when one of them is going very badly, the feeling is impossible to describe and just inescapably terrible. Especially with writing – I can go from thinking a new song is the greatest song I’ve ever written to the worst song I’ve ever written in a fraction of a second. It’s a kind of delusion. But when you get it perfectly right you get to dance around like a Gollum with a ring. It’s very easy to become a slave to the endless swings of it all so it grips your whole life.

The trick I try to pull off is to work extremely hard towards something without attaching any importance to the outcome. A trick as absurd as this can only fail, but it’s worth a try.

AAAmusic: Are there any of your tracks that you particularly enjoy playing live?

A bit like with the writing stuff, a song can be a strong warrior of a song or feeble frightened child of a song depending on your attitude when you play it. Feet Don’t Fail Me Now is the biggest song on the album – if we’re playing it right it carries you along like a wave. I’ve got a new song called Ghostess which I’m getting pretty excited by.

AAAmusic: Your UK tour looks set to finish around April, can we expect to see you on the Festival scene this summer?

Actually it will be throughout May, starting in Manchester on May 2nd and spanning most corners of the UK. I love going to new places and meeting new people, it’s the best part. All the dates are listed here – http://www.jakemorley.com/gigs so step the hell up.

We’ve got a bunch of festivals to play, so I’m sure I’ll be in a hot field of spaced-out casualties in no time. Maybe you’ll be one of them? If so come find me – we can have a gourmet burger together.

Kindness – World, You Need A Change Of Mind