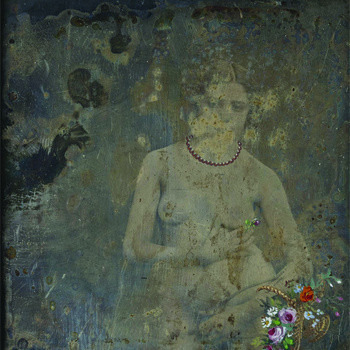 As a taster for Hayter’s upcoming series of twelve singles under the banner of “The Series of St. Anthony”, these four tracks are a damn good primer for what’s to come over the next couple of months. Veering from nostalgic melancholia (The Shackleton), to self-deprecating sweetness (Quotes) via baffling lo-fi country (Farewell Jezebel) and even more baffling synth experiments (the creepily surreal Sweet JD), this is the sound of a man doing precisely what he wants to do with his time and loving every moment. While not all of it is listenable (Good lordy god, Sweet JD), it’s all defiantly unique, and it’s very difficult to call him out for that. Also, when he’s not dicking around with synths the songs he writes are to die for, Quotes being almost deliriously sweet and The Shackleton managing to make lines like “Johnny’s alright for a laugh / though he’s a bit of a twat” sound profound. It’s definitely not going to set the world on fire, but it’s heart-warming to know it exists. Recommended.