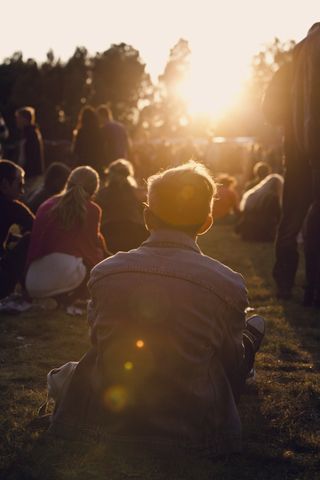 Having earned a reputation as Sweden’s finest music festival, Hultsfred have announced details of a stellar 2012 line-up, including one of the first scheduled live appearance by The Stone Roses since they reformed.

Taking place between June 14th and June 16th 2012 – and therefore one of the first festivals of the summer – Hultsfred’s latest additions boast an impressive array of high-profile British artists; all appearing in this stunning Swedish setting long before they play shows closer to home. In addition to The Stone Roses, Hultsfred’s 2012 bill also includes The Cure, Noel Gallagher’s High Flying Birds, Gorillaz’ Soundystem, Kasabian, Marina & The Diamonds, Mumford & Sons, The XX, Noah & The Whale, The Vaccines, James Blake, Bat For Lashes, Spector and Willy Moon.

Whilst many of those could be headliners in their own right, additional guests across Hultsfred’s five stages will include an eclectic mix of top European and International artists. Amongst them are the likes of Justice, Slash, Eagles Of Death Metal, M83, Garbage, The Gaslight Anthem and Swedish heroes The Cardigans, who will play their classic 1998 album Gran Turismo in its entirety. Though many more acts are to be announced, the current festival line-up is available HERE

Established in 1986, Hultsfred Festival takes place in a stunning public park near the small town of Hultsfred. Wrapping itself around Lake Hulingen, and approximately four hours travel from Stockholm or Gothenburg, Hultsfred is a clean, spacious and startlingly beautiful environment – worlds away from the mud-splattered expectations of many a festival-goer. It is an event that already claims a rich history: previous bands to have played Hultsfred include everyone from Blur, Radiohead and The Ramones to Bjork, Wu Tang Clan and Daft Punk. Now with a capacity of around 25,000, Hultfred remains big enough to lose yourself in, but not too big to get lost. Visitors will be able to camp, rent a cabin or stay in the small town itself (which has a population of around 6,000). Delicious local and international food will be available on site, in addition to well-stocked bars.

Getting to Hultsfred Festival is easy. The nearest airport is Stockholm Skavsta (Ryan Air), located in Nyköping. Other airport options are Stockholm Arlanda, Gothenburg Landvetter or Gothenburg City (Ryan Air). Connecting to Hultsfred from either city is possible by train or special festival bus (Festivalbussen). More details HERE

Unique to Hultsfred, there will also be ’Chartertåg’ – a special chartered sleeper train. Chartertåg will depart Stockholm on Wednesday evening 13th June and remain at Hultsfred for the entire Festival, allowing Chartertåg ticketholders to use the sleeper carriages during the festival. Look out for more infomation about how to purchase Chartertåg tickets next week.

Tickets for the festival, including camping, start at 1765 SEK (approximately £165) available from HERE