Funeral For A Friend – Best Friends and Hospital Beds 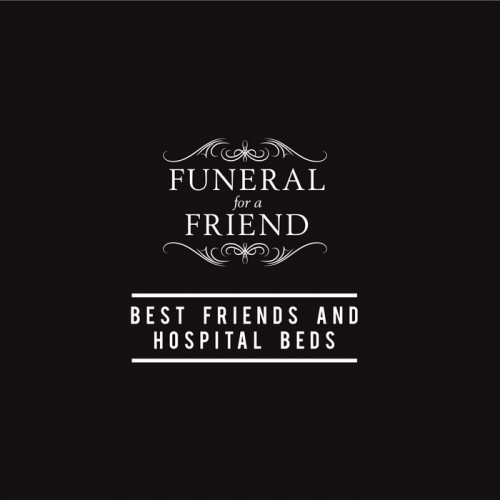 It’s tracks like these that make me appreciate just how many different aspects combine to make a great song, and how if one of these aspects is a little bit off the whole project suffers for it. In this case, most things about Welsh Post-Hardcore legends Funeral for a Friend’s first single from their forthcoming album Conduit, is pretty damn wonderful. Mainly down to its welding of histrionic, emotional hardcore to an enormous pop chorus and making it sound as natural as breathing, however, the whole idea is nearly kneecapped by a bland production job by seasoned veteran Romesh Dodangoda, who makes the song sound sterile, exactly like five young men in a room playing musical instruments very well, and with none of the character and idiosyncrasies that are usually found in most songs by bands as long lasting and well-known as Funeral for a Friend, let alone their lead singles. I say nearly because the song itself, like I said, is pretty awesome. It’s destined to sound impeccable live and in the end, I do recommend it, it’s just also cautionary tale of how great songs need more than just great song-writing to be truly memorable.