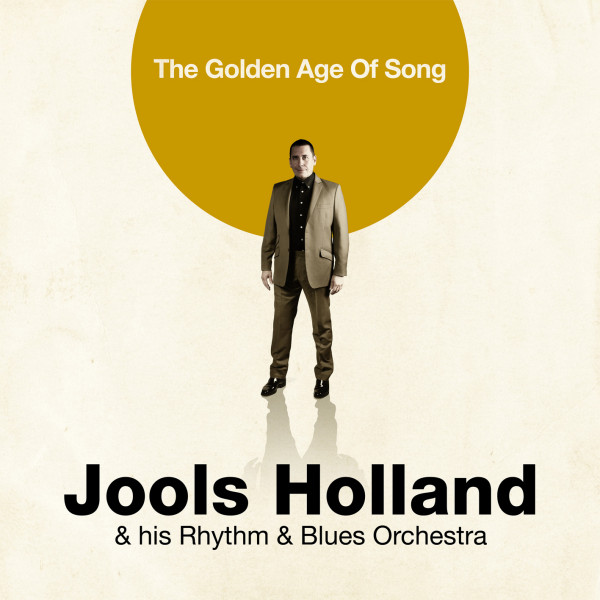 The Golden Age Of Song

Hurry Up! Entries close on

The Golden Age Of Song is Jools Holland’s first major collaborations record since 2007’s Moving Out To The Country and will be released on 3 December by Rhino UK.

From The Hootenanny: ‘Don’t Go To Strangers’ by Amy Winehouse and Paul Weller from 2006, ‘The Lady is a Tramp’ by Lily Rose Cooper (née Allen) from 2008, Paolo Nutini with ‘Lovin’ Machine’ from 2009, Florence Welch’s sultry rendition of ‘My Baby Just Cares for Me’ (also 2009) and Cee Lo Green’s bombastic take on Jackie Wilson’s ‘Reet Petite’ from 2010.

The Golden Age of Song combines an array of wonderful performers with Jools’ incomparable musicianship, and the instrumental support of his Rhythm & Blues Orchestra. The inimitable soul style of Joss Stone on the adaptation of the 1920s Eastern European Folk tune ‘Bei Mir Bust Du Schön’, the powerful reach of Jessie J’s voice on ‘Get Here’, the traditional gospel standard ‘Get Away Jordan’ from the superb Ruby Turner, the newly penned ‘Sweet Country Love Song’ from Jools himself and American jazz singer Gregory Porter, the country & western ‘I’ll Sail My Ship Alone’ by the ever versatile Tom Jones sit alongside James Morrison’s pop-soul take on Stevie Wonder’s social commentary ‘A Place In The Sun’, the velvet vocals of Rumer on the 1940s pop standard ‘Ac-Cent-Tchu-Ate The Positive’, the beautiful voice of Caro Emerald with Noël Coward’s ‘Mad About The Boy’, and the uniquely wonderful vocals of Paloma Faith with Etta James’ ‘Something’s Got A Hold On Me’.

All of this, plus the Duke Ellington jazz standard ‘I Got It Bad (And That Ain’t Good) featuring the distinctive vocals of Mick Hucknall, the uplifting poetry of ‘September In The Rain’ from Paul Weller, and the 1929 Louis Armstrong classic ‘When You’re Smiling’ from Jools Holland & His Rhythm & Blues Orchestra, make this album an absolute must-have for fans of Jools Holland’s impressive repertoire of musical collaborations.

“My orchestra and I have been very fortunate in working with an array of artists of different ages.” says Jools Holland. “We’ve worked with people who are in their 90s, sometimes people who were born in the 19th century, but also very young talents who were born in the late part of the 20th century. The one thing we all plug into is certain old songs. Sometimes the artists will either come on a Hootenanny show with us on New Year’s Eve, or maybe on a Later show or one of our live concerts, and say ‘Can I get up and do this song?’ And we’ve found, by doing it a lot, we can often get arrangements together quite quickly, because there’s a certain gift that great songwriters have: beautiful simplicity. So we thought it would be great fun to make a record entitled ‘The Golden Age Of Song.

The great thing about music is that it doesn’t matter if it’s five minutes old or 500 years old. If you can breathe life into it, you can make it brand new every time you do it. That’s what we’ve hopefully done with some of these songs, and we’ve accomplished it by both with inviting some old friends and welcoming some very young ones.”

14.  Paul Weller – September In The Rain

17. Jools Holland and his Rhythm & Blues Orchestra – When You’re Smiling

(The Whole World Smiles With You)

2012 is proving just as busy, if not busier, as previous years for Jools Holland: he was awarded with Music Broadcaster of the Year at the Sony Radio Academy Awards for his eclectic BBC Radio 2 show, performed at the Queen’s Diamond Jubilee Concert with Ruby Turner and is currently celebrating the 20th anniversary of his popular ‘Later…with Jools Holland’ BBC2 TV show, with a new series starting on 25th September. In early November, BBC2 will also be screening Earlier with Jools, a documentary on the man himself by internationally acclaimed TV director Geoff Wonfor and produced by Malcolm Gerrie of Whizz Kid Entertainment.

Jools and his Rhythm & Blues Orchestra have also just completed their annual Spring/Summer tour, which included many festival dates, and have just about enough time to polish their instruments before they will be hitting the road again for a nationwide Autumn / Winter tour from October, regaling the length and breadth of the UK with their renowned and much loved big band party.  The tour will feature the very special guests KT Tunstall (KT) and Roland Gift (RG), and will visit 34 cities, with two nights at London’s prestigious Royal Albert Hall.