Machine Head are one of those bands that I really like but never listen to. I think I’ve struggled with the newer stuff because The Blackening was just so damn good.

There may still be hope though, in the form of the upcoming album, Bloodstone & Diamonds. Having released two demo tracks already, ’Now We Die’ is the first album track we get to hear.

This seven-minute epic opens with a violin (or stringed instrument of some sort) playing a riff that makes me feel on edge – like when something is about to happen in a movie. Then we hear a Robb Flynn signature guitar riff, including those oh-so-familiar guitar harmonics. It has Machine Head all over it. Come the chorus, we get to hear the strings from earlier in their element, providing a layer of excitement and intrigue. And making it sound awesome.

A fairly standard structure carries us through to a particularly brilliant guitar solo just after the halfway point. It follows into a dual harmonised tapping solo, not dissimilar from ones we’ve heard on previous albums, and just like them it sounds great; another Machine Head trademark. Something else they do incredibly well, is build a song back up from nothing but vocals in the bridge. ‘Now We Die’ does this, and it’s quite epic. Vocal harmonies, a slow drum build up and those strings are back again.

As good as this track is, it still doesn’t quite top The Blackening. Hopefully the rest of Bloodstone & Diamonds can keep the standards this high, though.

It has Machine Head all over it. Come the chorus, we get to hear the strings from earlier in their element, providing a layer of excitement and intrigue. And making it sound awesome. 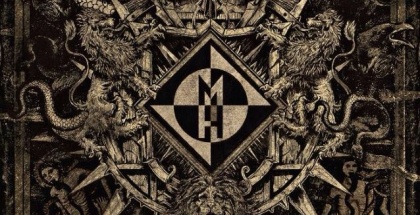