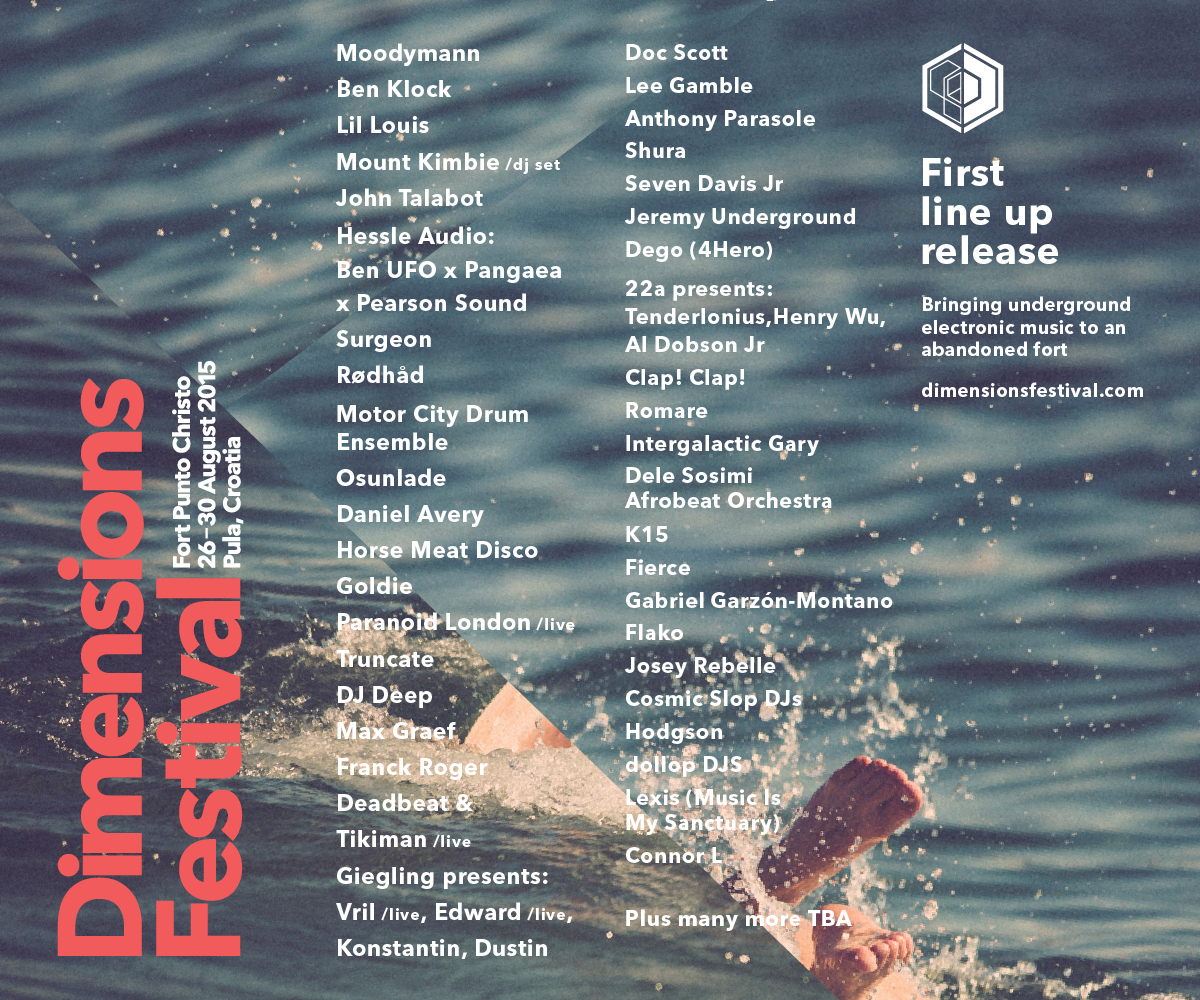 Go to dimensionsfestival.com for complete information

Dimensions Festival returns to Croatia for its fourth season this August at the spectacular Fort Punta Christo, a 19th century abandoned complex perched above the shimmering Adriatic Sea below, and has just revealed its first round of names over August 27th – 30th.

Dimensions’ ethos takes a purist’s approach with its revered music policy, seeking only the finest purveyors of house, techno, jazz, funk, soul, drum and bass, psych and more orchestrated by the scene’s leading DJs, producers, remixers, labels and collectives. There are no concessions made to transient fads or flashes in the pan; this is all about artists dedicated to their craft who really bring something special to the festival. Dimension’s setting is an intimate labyrinth of spaces and passages, of nooks and crannies, leading to an incredible array of environments with world-class sound systems. It is one of Europe’s true bastions of electronic music culture, and now reveals its first round of artists. The headliners for the 2000-year old amphitheatre opening concert will be revealed soon, along with many more festival headliners and guests in the coming weeks.

The opening guests are all about pushing the boundaries and not being confined to one sound. And first up, festival icon Moodymann is back; the Detroit purveyor of all things with a delicious funk is a genre-crossing master, whose eponymous album last year reached new heights His 2014 show at Dimensions was one of the real stand-out moments, and Kenny Dixon Jr makes a very welcome return to Croatia. Then there’s Chicago native Lil Louis, widely seen as one of the key figures of house music’s birth, not just from his enduring iconic French Kiss slice of acid magic, but by also helping to inspire some of what is still heard in clubs and festivals today. Fellow genre-crossers Mount Kimbie’s sound is truly unique; with two critically acclaimed albums behind them, they add further depth to Dimensions’ sonic spectrum with a DJ set.

The enigmatic John Talabot bring his sublime house sounds to Dimensions; the Spanish DJ and producer lets his majestic music do the talking. Osunlade’s enervating, organic, jazzy and delectably deep Afro-Latin beats will keep the funk flowing, through to Daniel Avery, Delano Smith and Horse Meat Disco who each bring a slightly different aural edge to Croatia. Elusive acid-house proponents Paranoid London play live, whilst acclaimed Rex-club resident and Parisian DJ Deep is one of the France’s finest alumni from the country’s house music stable. RA’s esteemed label of the year in 2014 was Giegling, who present Edward and Vril (live) and Dustin and Konstantin; the already well-respected imprint fluxes across house and techno to slo-mo beats and instrumental hip-hop.

Bright young producer Max Graef is a massive fan of Dimensions and makes his debut; his album last year topped many respected of end of year charts. Jeremy Underground makes a very welcome return, and fellow Parisian beat-maker Franck Roger also stars. Then Goldie and Doc Scott represent drum and bass, both hugely respected figures in their scene, whilst one half of the iconic 4Hero, Dego, brings his wide range of influences to the festival. Brooklyn soul-singer Gabriele Garzon Montano brings his beautiful voice too, his recent album Bishouné: Alma Del Huila merged many genres together into an enchanting piece of work. And speaking of mixing and matching, Deadbeat & Tikiman’s sets encompass downtempo, groove-laden and funk-filled tracks; Flako returns with his vibrant palate of jazz, hip hop, Afro-Beat and Latin ambient music; and Seven Davis Jr makes welcome returns to the festival with his future soul sounds.

Dimensions’ remit is also about bringing dynamic new perspectives and introducing exciting debutants to Croatia. 2015 seeks to expand this even further, with some amazing artists coming in August. 22a Records (Henry Wu, Al Dobson Jr, Tenderlonious) is a young label which has been causing a real stir. Their beautiful tracks are inspired by luminaries including Roy Ayers and John Coltrane to form jazzy, dubby soulful beats. K15 has released on Kyle Hall’s Wild Oats label and is a fast rising artist; his Hyponik mix showcases his electric and eclectic range. Clap! Clap! is a new project by the Italian producer C. Crisci. His focus is around sampling African tribes, bands and singers, creating tribal rhythms through drum machines and synths. In the Dele Sossimi Afrobeat Orchestra, Dele was Fela Kuti’s keyboard player and keeps the flame of Afrobeat held high in London; his hypnotic live show is wholly unique. Leeds-based underground party kings Cosmic Slop are great DJs, and they run a charity based around teaching kids about music.

Further guests include Fierce, Shura, Lee Gamble, Intergalactic Gary, Romare, and Lexis (Music Is My Sanctuary) with many more to be revealed.

Dimensions Festival Croatia Final Round of Artists Announced... 3 May 2015 | aaamusic 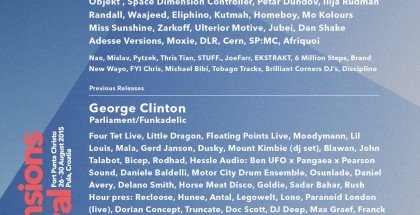 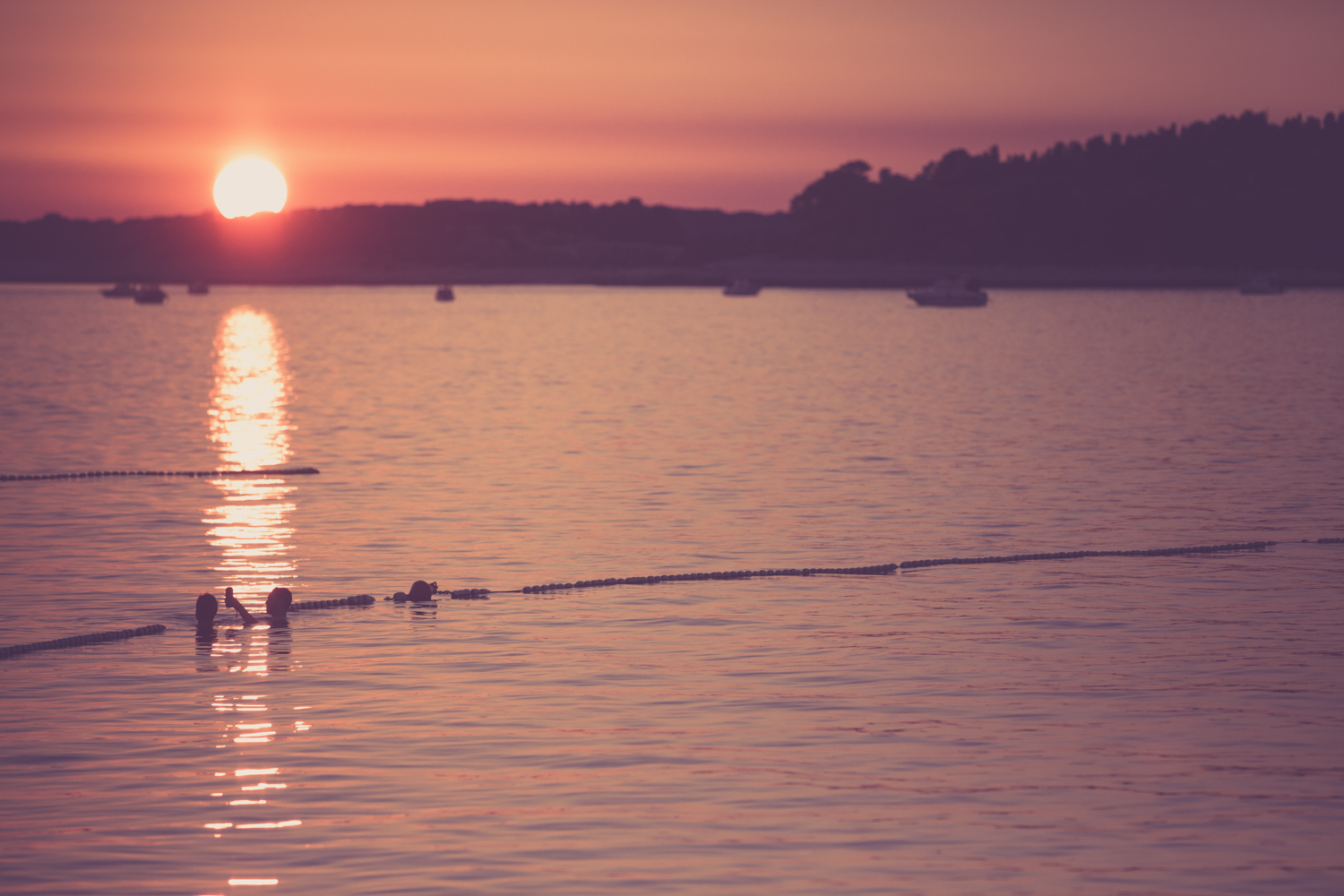