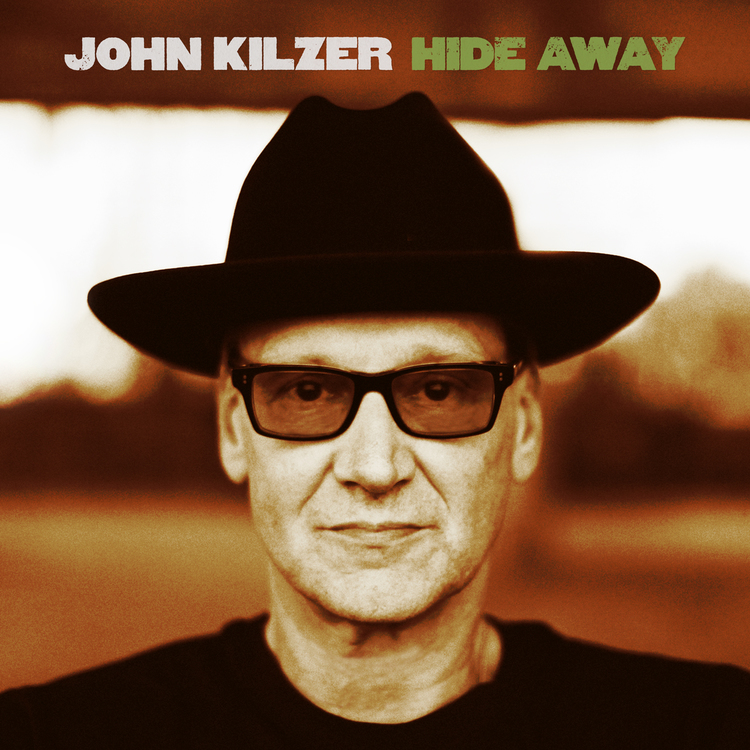 Singer songwriter John Kilzer, from Jackson, Tennessee, spent four years as a Memphis State basketball player before following a music career. His influences are blues, soul, folk, rock and country. First signed to Geffen Records in the 80’s, he  released two albums: Memory in the Making and Busman’s Holiday, and he was later covered by Trace Atkins, Maria Muldaur, and Roseanne Cash.

The warm and rootsy ‘Lay Down’ ,a song of hope for the politically discouraged and downtrodden, is followed by an emotional and enigmatic title track ‘Hide Away’.

Raw and catchy ‘Sleeping in the Rain’ and fast moving ‘Babylon’ are both quite addictive, whilst psychedelic ‘The White Rose and the Dove’ creates a vision of musicians round warm log fires at some remote Welsh mountainside cottage in the 70s. ‘Graveyard Jones’ sparkles cheekily and joyfully at the end of the album.

With a rich and gravelly voice John often sings songs based on his personal experiences. There are songs of peace and love, but sometimes his lyrics appear very dark. He has a Masters in English Literature and a Doctorate in Theology and applies this knowledge to his writing, believing that “All Memphis music is gospel music.” John is clearly talented and this fine album, though not always consistent in quality,  has great intimacy and humanity. It moves, excites and has a beauty of its own.

John is clearly talented and this fine album, though not always consistent in quality, has great intimacy and humanity