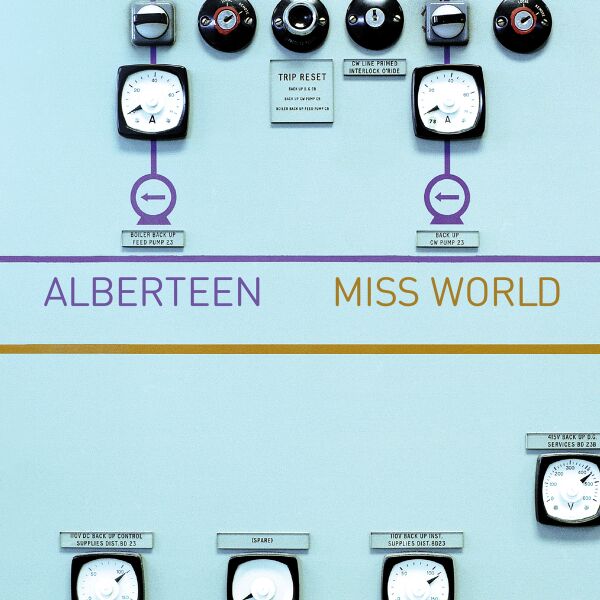 Well, well, well, what do we have here? It looks like a slice of musical tastiness from those rascals in Alberteen. This week I have been given these boys’ latest album to review, of which I am absolutely delighted, might I add.

The first track, ‘A French Connection’, bleeds into my well-worn ear canal with a cinematic presence, like an interstellar horror fantasy from the 1950s. What follows is unexpected and totally absorbing. What can only be described as a foreboding zombie surf guitar line punctures the sound scape, awakening the listener to the realisation that this isn’t just another alternative band. The vocals are delivered in a folk-like unison, thoroughbred and rich in a style of which even Christopher Lee would be proud. Throughout the track, I’m entranced by the use of instrumentation and the variety of therein. This is a space soup of Harpsichord lines, lo-fi feedback and the ever-powerful percussive punch of Timbales to top off this original piece.

The second track on this otherworldly ride on the astronomical Alberteen shuttle takes us on a subtler, easy part of the journey. ‘Hidden’ is a beautifully crafted, slightly more down tempo piece, laden with strings and a wonderful cluster of musical ideas: which embellish the reflective quality that I have taken from it. I adore the use of planting a common thread in these first two tracks, from the feedback to manner in which the unison vocals sit in amongst the whirling orbit of the song happening around it.

Then ‘Princess Noise’ happens. The third track lifts the listener out of the lullaby set by the previous song and catapults us into a funk driven rhythm section. A naked drum groove begins the swagger (I used that in the original, Mick Jagger sense of the word, you understand), joined by a bass melody that locks in solidly with the kit like all the greats do. This is a track that has all bases covered, from the catchy chorus (particularly the back vocals) and, if I’m not mistaken, supernatural semblance in the form of a the favourite of the black and white B-movie, the Theremin.

Now we come to a real abyss-inspired outing from this Nottingham quartet. ‘Deep End’ has flickerings of Taratino-esque cool and an ethereal charm that compliments the other pieces within the album but also offers wanderlust of the mind. Lyrically, I have a real fondness for this track in particular with lines like ‘Although we know, it’s just fat and bone, that we’ll burn to the end’ give a real sense of realism and the atmosphere that this song projects.

The next two tracks (‘King’s Evil’ and ‘We Are The Mods’) are danceable ditties that would feel right at home being blasted out of the beer-stained speakers and across the sticky, sweat sprinkled floors of any indie disco. These songs exude a cocky buoyancy that is an uplifting conglomeration of the nostalgic and the contemporary. Alberteen certainly ‘bring the plague’ with these creations.

The seventh musical musing on ‘Miss World’ is probably my favourite of the whole album. It’s entitled ‘Prospects’ and for me, brings to mind spaciousness and a vocal that emits Matt Berry-soaked poetic styling, with a tone that cold have been from the voice box of Edwin Collins. It’s rhythmic chorus motif breaks up the wistfulness established by the intro and verse sections, adding an anchor to this spiralling airship of cosmic adventure. This may not have been the intention of the band members, actually, I can probably guarantee that this was not the case, however, I interpret it like that…and I enjoy every minute of it!

We now come to the closing songs of the album, and these do not disappoint either. ‘Infant Nation’ begins with a post-apocalyptic rainstorm soundscape, on akin to that of the infamous track by The Doors, ‘Riders On A Storm’. Littered with multiple vocal layers and whispers, swirlings and drones cement the haunted purpose of this piece. I’m increasingly finding it hard to choose between this track and the previous as my favourite.

Scratch that, I have decided that the closing mellifluous morsel on this horror-space ride has to be ‘We Are The Last’. This is a song that grabs me by the lugholes and refuses to relent, with an earworm of a chorus and infectious groove. I have to admit, I am still singing the melody from this song constantly.

A slice of musical tastiness...

GENGAHR – A Dream Outside Review