The world in a park: that’s what WOMAD will gather on the grass of Charlton Park in less than 10 days. Because from the 24th to the 26th of July, the Wiltshire’s Grade I listed residence, once belonging to the Earls of Suffolk, will guest more than one hundred acts coming from 52 countries and reflecting dozens of different music styles and traditions.

Since its debut, dating back to 1982, WOMAD has always embodied the mosaic of music that impassions the world. But, arguably, it has never represented their diversity, heterogeneity and distinction like this year. That’s why the 34th edition of the festival can be easily defined as a world music cross-section which will bring together artists from the North-Easter tip of Brazil like to Dona Onete to South Korea like Jambinai; and will be able to mix the Bulgarian, French and Mongolian sounds played by Tulegur to the likewise exciting cultural melting pot of 47Soul which blend Palestine, Jordan and Syria traditions.

We’re sorry but we can’t tell you what to expect from WOMAD other than be ready for anything! The only certainty is that you don’t have to miss these five acts…

Mr. Kleber Cavalcante Gomes, better known as Criolo is the face, voice and sound of contemporary Brazil. The MC, singer and songwriter easily embodies his country’s imaginary which he loves, hates, exalts and discredits through his plain-spoken rhymes and magnetic rhythms. His latest album, Convoque Seu Buda, has finally decreed his maturation and global fortune and miss his performance will be simply a deadly sin.

Do we really need to explain why you’d be under the stage and enjoy one of the most striking hip hop acts ever? De La Soul have been and still are what WOMAD is for world music: an exciting pluralism of styles and influences. Since the first steps they walked in 1987, they have represented the alternative side of the urban style, enriching their offer with elements directly drawn from soul, funk and jazz but also reggae, psychedelia and pop. An honourable mention goes to their lyrics: some of the most inspired in the hip hop panorama.

When the rhythmicity of Cuban music meshes itself with West Africa Yoruba grooves and French refined style, the results can’t be anything else but unique. That’s why the Diaz twins or (Ibeyi in Yoruba) are one of the sensations of 2015. Having breathed music since their young age (their father was the remarkable percussionist Anga Diaz, while their mother is the marvellous singer Maya Dagnino), Lisa-Kaindé and Naomi have finally found a way to blend together all the inputs they’ve received from their family and roots and the outcome is a deep dive in unexplored musical waters.

The legacy of the influential Staff Benda Bilili can’t be taken away. That’s why, one year ago, the Irish producer Liam Farrell convinced Coco Ngambali and Theo Nzonza (two of the original members of the band) to keep up playing music and give life to a brand new project called ‘change’. Since then, Mbongwana Star have become an exciting face of the Congolese music scene and Kinshasa is burning more than ever.

The seven-piece ensemble has taken the traditional elements of Staff Benda Bilili and mixed them with electro arrangements and punk attitude that gives the band an original and magnetic charm. Once you listen to their single ‘Malukay’, which features Konono No.1, it won’t take too long to understand why they are one of the most anticipated act of this WOMAD’s edition.

Singers and songwriters are becoming a rare breed: they are simply disappearing. In addition, the ones who are still able to send meaningful messages using sincere and genuine words are even more endangered. One of the last examples alive is a Chilean artist named Pascuala Ilabaca. She grew up listening to Violeta Parra and Victor Jara but, at the same time, she developed her own voice becoming one of the most influential South-American songwriters of her generation and an electrifying accordionist. Thanks to the help and the energy of her lively sparring partners called Fauna, she has just begun a global campaign in defence of songwriting and we are pretty sure that they’ll succeed…

Because dancing is great but the mind is important too. 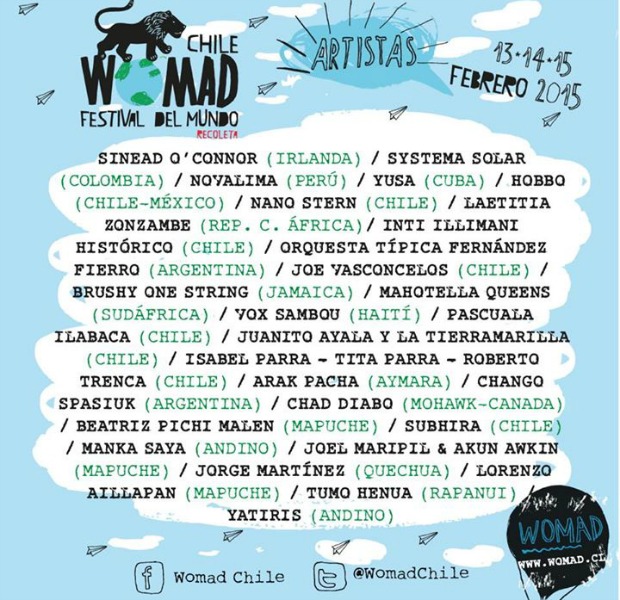 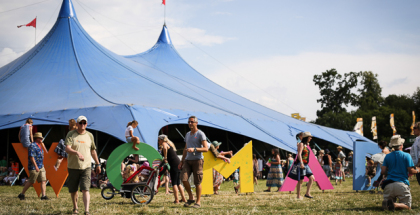 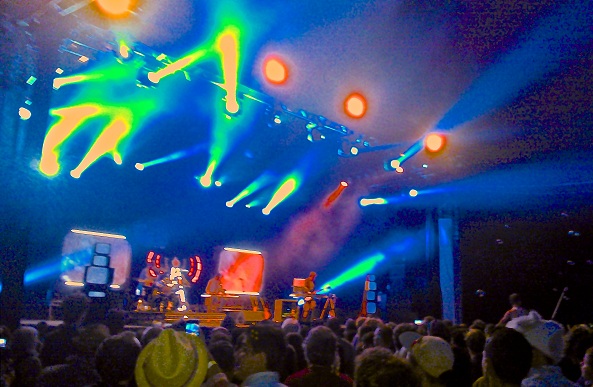