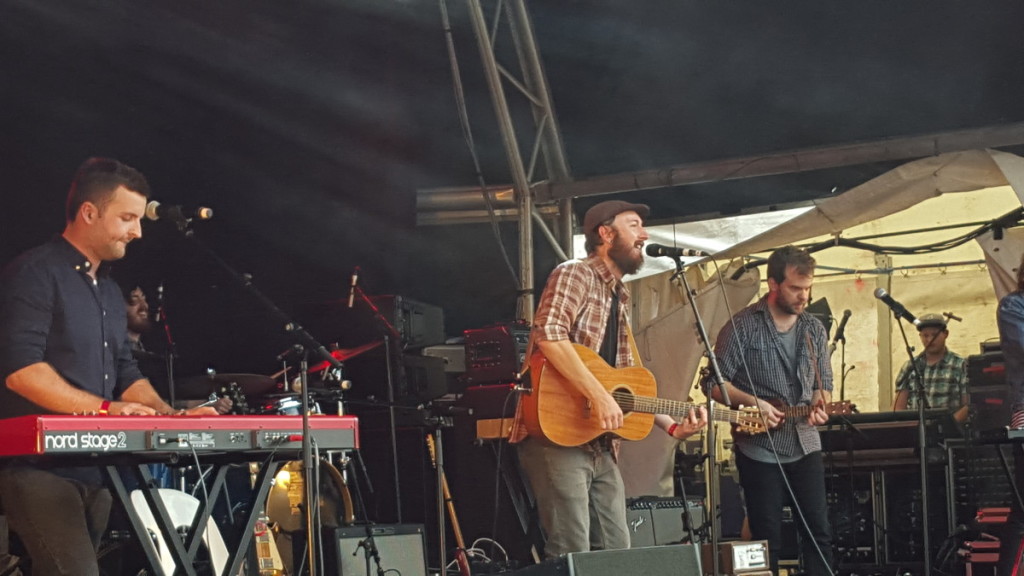 Waking up and hearing absolutely drilling rain isn’t the lift off you wish for on festival day, but for Homegrown on the 2nd April, that’s exactly what we were faced with. The annual event takes over the Wellington Waterfront in New Zealand, amongst the backdrop of ordinary day-to-day life along the wide pedestrian walkways and parks.

There are six pop up stages, which are overlooked by the city’s apartment blocks and CBD office buildings. Each stage is its own genre: Dub and Roots, Urban, Electronic, the Lab, Locally Sourced and an indoor Rock stage which proved vital for hiding from the relentlessly heavy showers. Its name hints at its purpose, all bands who perform, are New Zealand born, with the Locally Sourced stage taking it one step further in that all acts are Wellington-based.

There is something special about being at a festival that is an unobtrusive as possible to those not attending. The waterfront bars and restaurants were still open for general service, with wristbands only needed to get into the individual stage areas. It was all the perks of a festival, while being in the middle of New Zealand’s capital city and a mere 10-minute walk away from our apartment.

New Zealanders are a funny bunch who love to see their own do well, until they become too famous, in which case they are perceived as being cocky and needing to be taken down a peg. For this reason, Homegrown is a refreshing celebration of these acts, with the smaller Talent Quest-like stages mixing with the more established household names. 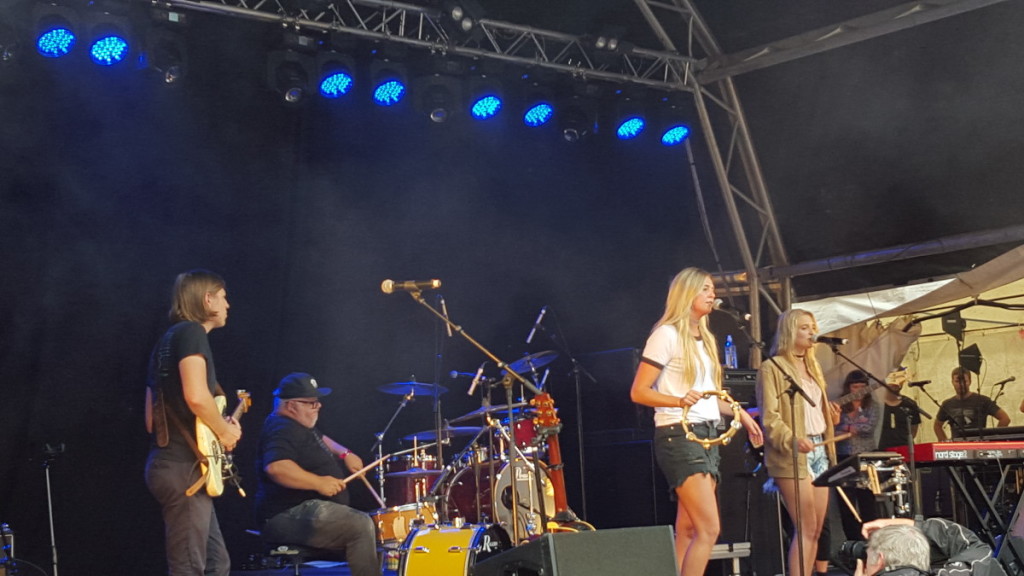 Stan Walker, Savage, Shapeshifter all played their parts as the headliners, finally satisfying the anticipation of a weathered crowd. They are the acts that make you keep coming back, no matter how many times you might have seen them. However, the smaller stages were what I was there for, where the performance feels like a single shot at glory with each artist trying to make their mark in an easily forgettable blur.

We settled in at the Urban stage, where Jamie McDell was charming the crowd with her adorably awkward, unassuming character, at one point even bringing her sister Tessa on stage for a couple of songs. Her track ‘Life in Sunshine’ is impossibly catchy, think early Taylor Swift crossed with The Corrs. As New Zealand’s sweetheart, Jamie is a definite up and comer, beloved by the crowd, and after hearing her sister, the musical talent obviously runs in the family.

Running slightly late after niggly technical issues, Avalanche City was noticeably frustrated. Though having seen them open for Robbie Williams last year, I was looking forward to them getting going. My favourite part about an act like Avalanche City with a particularly famous song, is when they know they have better tracks, and despite a drunk demanding crowd, will play whatever the hell they like, even threatening to move ‘Inside Out’ down the list every time it was shouted out. Despite the sound issues, they oozed a cool confidence, and were a highlight of the day. 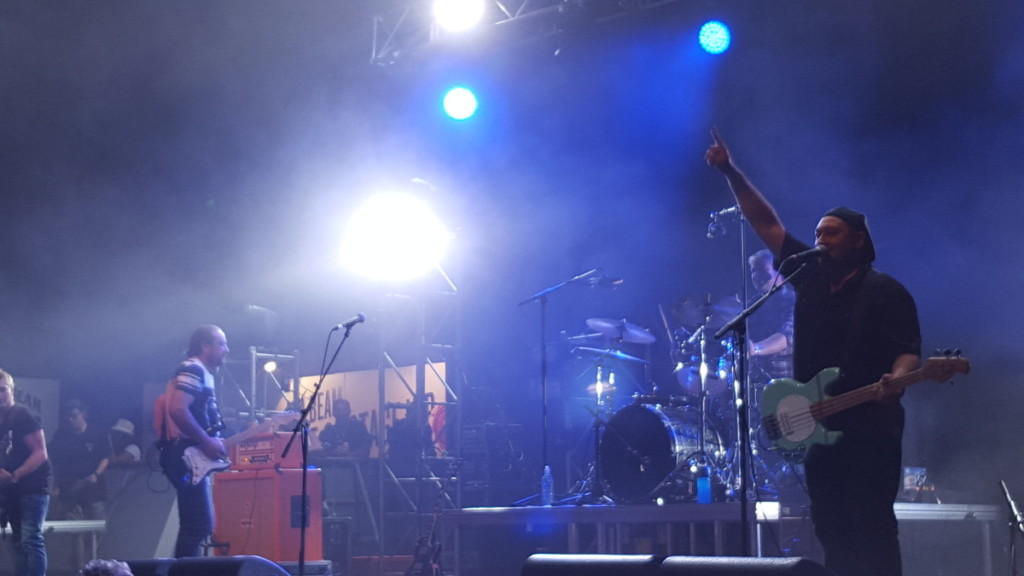 We left the typical festival buzz to head into the TSB Arena for the Rock stage where we found The Feelers in full swing. A draw card for the older audience, The Feelers seamlessly worked through their hits from the late 90’s and early 00’s and quickly became my festival favourite. After the unpredictability of an outdoor set up, we felt like we had walked into a legitimate Feelers Concert, with full lighting and a dedicated set that felt genuinely owned by the band.

We saw everything from the polished headliners on the main stages, to the ‘neo-soul rap jazz’ Dugtrio on the ‘free to the public’ local talent stage. Such a broad range makes the festival attractive to all types of music lover, while being spread out enough that you can jump about in the front row or enjoy some space further back, depending on your preference. The attitude of the crowd will always make or break a festival, and the laid back, happy attitudes of the thousands in attendance made wandering between stages almost as entertaining as the acts themselves. The atmosphere was left to gently build toward the main acts, without anything appearing forced or managed, with well-known radio DJs stepping in between sets to keep the day flowing.

Homegrown has established itself in the Wellington music scene, and it was a tribute to New Zealand talent, that the crowd was still near capacity despite the wild weather. 2017 will be the event’s 10th year, and the organisers will undoubtedly find a way to step it up all over again. I wholly recommend snapping up tickets early.