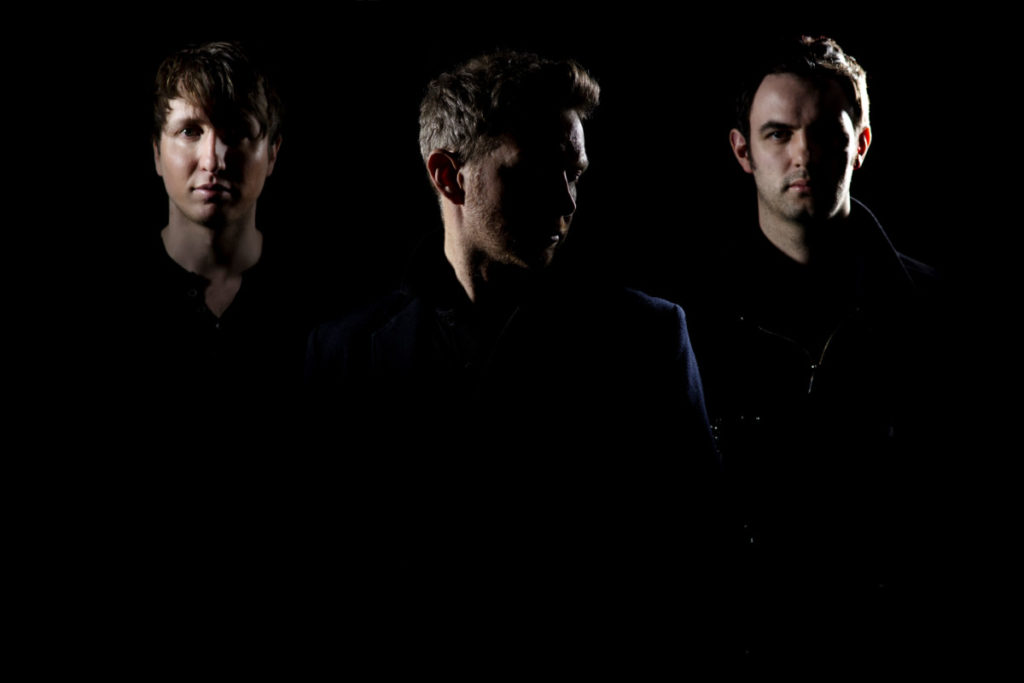 Des: We are Some Velvet Morning from London. I started on the piano, which then led to synths. I only picked up the guitar so I could be in this band.  I met Rob in London’s Tin Pan Alley, Denmark St and we roped Gavin in (my brother) to play bass – the rest is history.

Gavin: I guess we would be pigeonholed as Alternative Rock. Classic influences the whole band agree on are include The Beatles, Fleetwood Mac, Depeche Mode and Paul Simon.

Des: In terms of contemporary music we love the work of Serban Ghenea who has mixed over 150 US no.1s. He’s mixed everyone including Justin Timberlake, Rihanna, Black Eyed Peas and Taylor Swift.

Rob: We have released two albums, ‘Silence Will Kill You’ and ‘Allies’ – we are currently working on a new album, crowdfunded with Pledge Music. We are very proud of our radio play in the UK and France, the usages of our music (including adverts for Renault, Haig Club and the movie Kick-Ass) and the concerts we have played around the world, including shows in Europe, Asia and the US.

Gavin: Our biggest concert was last summer at Wembley Arena for 10,000 people, which was our favourite show to date. Other highlights include the Greenspace Festival in Bangkok, Massilia Rock on the beach in Marseille and our London shows at the Roundhouse and Scala – the latter of which we are playing on Wed 14th Nov. We like playing live when the opportunities present themselves, but lately we have really enjoyed recording our new album and writing the original music for a new feature film, ‘Kat and The Band’, due for release in 2019.

Des: I think the fact we have survived makes us unique, especially with two brothers in the band. Many of our contemporaries have disappeared or broken up. We are a completely self- sufficient organisation, writing, producing and managing all the promotion and licensing of our music in-house.

Rob: Each format has its place. There are obvious benefits in a physical product like vinyl or CD – you can actually give someone a gift of music without the slightly disappointing feel of a download or streaming gift card. We generally prefer vinyl and actually thought CD was a dead format, but on our recent Pledge Music campaign, CDs were the top order. At shows it is much easier to sign a CD or a vinyl album than a stream or download! However, in terms of being on the move and portability, you can’t really argue with the convenience of the latter.

Des: Joni Mitchell ‘Clouds’ and anything mixed by Serban Ghenea as mentioned earlier.

Rob: Even though it was out some time ago, I am still enjoying the Last Shadow Puppets album – ‘Everything You’ve Come To Expect’. I am also enjoying The Beach Boys ‘Wild Honey’ album at the moment – a re-discovered gem from 1967.

Gavin: We are looking forward to releasing our new album in 2019 and seeing the release of the film ‘Kat And The Band’. One thing leads to another, so let’s see what happens with all our new music out in the world next year.

Questions answered by: Des, Rob and Gavin of Some Velvet Morning…