Now a two days festival, this years Hop Farm was blessed with an amazing line-up as well as a beautiful, hot weather, making the Kent festival the hot spot of the summer.

Our adventure kicked off with the Stornoway, who entertained a well packed Big Tent on Friday afternoon. The band played tracks for their acclaimed debut album Beachcomber’s Windowsill, receiving a very good reception from the crowd.

We then headed to the Main Stage to watch the splendid Blondie entertaining the vast crowd, who singed along to all the classic hits, dancing around and having a genuinely good time. Blondie played Heart of Glass, Telephone, Call Me, Maria, Rapture, Atomic, The Tide Is High, Denis and a brilliant One Way Or Another, as well as showcasing two new tracks. Lots of years have passed since the stunning voice (and body) of Blondie first hit the UK but her energy and sensuality are still there, as well as her capability to truly engage with the audience and entertain, dancing on stage as she did back in the days, one of the highlights of the weekend.

It is finally time for the headliner of the Friday night: Van Morrison. Coming on stage with a white suit and shades, the legend sat on the piano and kicked off his charismatic show. The stage was packed, everyone got down here to listen to his stutter vocal tricks and to dance and sing along to the legendary tunes revisited in jazz fashion, such as Brown Eyed Girl, Moondanceand Into the Mystic. Supported by an incredibly talented band, Van Morrison reached perfection with the performance of Queen of the Slipstream, making a statement that years might have passed but is voice and talent have no intention to call it the day.

Our Saturday started with The Magic Numbers, who had the hard task to energize the audience and get them into the festival mood. Despite Angela sore throat (she struggled to reach the high notes as she usually does, but this does not impact much their extraordinary performance), the band achieved the goal: fans sang along to the band classics Forever Lost and I See You, You See Me, as well as enjoying the new material. A perfect start of the day.

In the Big Tent Kill It Kid were delayed by half an hour to make sure Devendra Banhart set didn’t clash with Bob Dylan’s one. Not a problem if someone had told the crowd (or the media, for all that matters), so they had a harsh start. Those who stayed though assisted to what has probably been the best performance yet, playing an energetic, wild set, making the crowd go mental. The band played tracks from their beautiful self titled debut album, with the highlights being an amazing version of Bust Its Banks and Heaven Never Seemed So Close. Not even a broken guitar string (and the need to change it on stage as KIK only have one guitar) has lowered the enthusiasm in the tent. It was truly a beautiful gig.

Back to the Main Stage Laura Marling ghost figure seemed a bit lost on the vast stage. However, as soon as the first notes were played it was clear why the singer is so beloved: her gentle yet powerful voice made the audience go mute, paralyzed by the performance. Laura played tracks from her latest album as well as tracks from her debut album, all of which were greatly received by an overwhelming audience.

Peter Doherty lighted up the stage and excited the crowd by performing a great set filled with The Libertines and Babyshambles tracks, surprising everyone by the level of his performance, which was incredibly good. Pete also engaged with the ballistic crowd by forcing them to sing (twice) Chas and Dave’s Hopping Down on Kent. It was amazing to see how he can hold on the stage on his own, playing his acoustic guitar and singing beautifully despite the heat and that awful plaster on his neck (and we do not want to dig further into this). When The Libertines tunes kicked in everyone started screaming and cheering, dancing and singing along, both the youngest and their fathers. It was highly enjoyable.

Mumford and Sons are enjoying what must be the best year of their lives, but it is also quite hard to prove that you are not just the result of the hype and I think they quite proved it today. Despite not being a massive fan I have to admit that the set was pretty good, with the four of them engaging with the audience, who sang along at every tune, with highlight being Little Lion Man as predictable, as well as proving that they are real musicians by doing the usual instrument shifts (although this time it was only Marcus, who went on drums duty). The band also showcased the new track Nothing Is Written, which received a wild reception from the crowd and gives good hopes for the second album.

A brilliant set from Ray Davies of the Kinks is all you need before a disappoint Dylan starts, but I’ll get there later. Davies clearly knows how to put on a festival attitude and played tune after tune getting everyone in the party mood. The backstage side area of the main stage was crowded by musicians and guests who sang and danced to every tune, as the crowd there did. It was just brilliant. Fully engaging with the audience, chit chatting and dancing on stage, he even dared to tell the promoters (and I guess indirectly also Bob Dylan) to piss off at the suggestion to finish earlier and instead told the audience that he didn’t care and just wanted to play all night for them. I wish he did. Sunny Afternoon, You Really Got Me and Lola where sang by every single soul both among the paying crowd and the guests, it was such a crazy, fantastic atmosphere, I truly loved it.

Then it is time for Bob Dylan, who didn’t allow any photographers on the pit, as if a photograph could damage his reputation or image (and seriously, what’s the harm on that? I don’t really get this type of attitude). The legendary singer, still on his Never Ending Tour (which should probably get to an end anytime soon) didn’t play guitar and came on stage sporting a black outfit with red stripy trousers and the usual cowboy hat. Apparently the focus was on his vocal skills, keyboard and harmonica, but it is hardly possible to say vocals anymore, as he was mainly talking with his hunky and rasping voice. As always he played different versions of each song, leaving the crowd wonder what was what on few occasions. There were few glimpse of greatness, such as the nice version of A Simple Twist of Fate and Don’t Think Twice, but for the rest it was mainly disappointing. You could barely see him and it was hard to understand his vocals, let alone to sing along (which is pretty much what you want to do at a festival, otherwise you’d better off to an artist only gig or listen to the album in them comfort of your home). Most of all, it felt impenetrable, avoiding any type of engagement with the crowd. The set was short and included It’s Alright and The Death of Emmet Till among the others. He then reappeared on stage for an encore playing an awkward version of Like A Rolling Stone, which had nothing in common with the version we all know and love, and Forever Young, to then leave again, leaving the crowd with mixed feelings. Thank Goodness Devendra Banhart lighted up the hearts of the festival goers and wiped away the sorrow from the Dylan experience with a brilliant set, possibly the best of the weekend, in the Big Tent. Those who were aware of the time reschedule had the chance to dance their head off to a marvelous set which included two brilliant covers of Roxy Music Rats Lovers and Taylor Dayne Tell It To My Heart, which were danced by Devendra on stage as his usual. The set also included Seahorse, Carmensita 16th & Valencia, I Feel Just Like a Child, Find Shelter, Hey Mama Wolf and the new single Foolin, all of which were sang and danced by the excited, finally happy, audience. Unfortunately the set lasted only one hour, marking the end of this year Hop Farm festival, which ended in style. 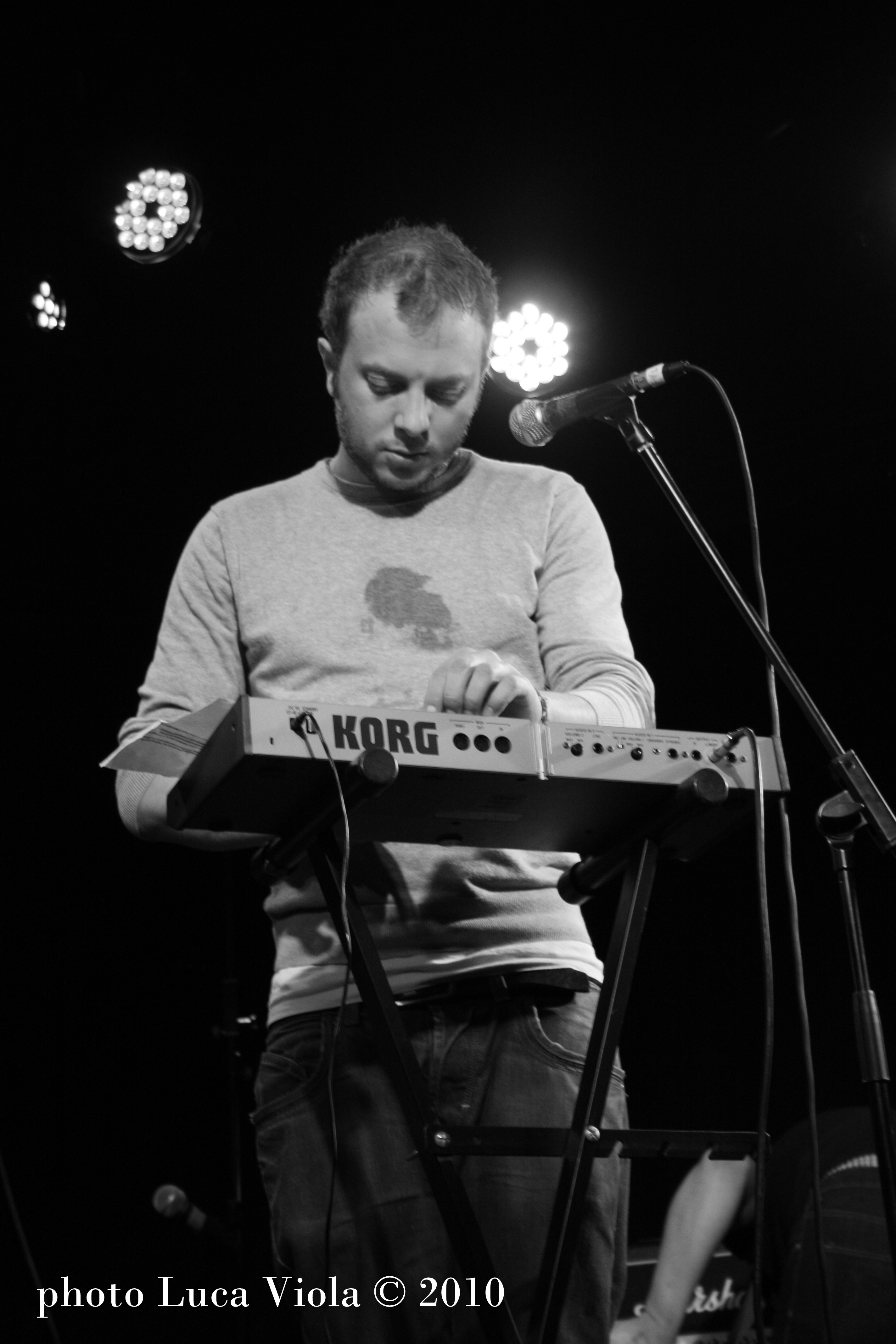