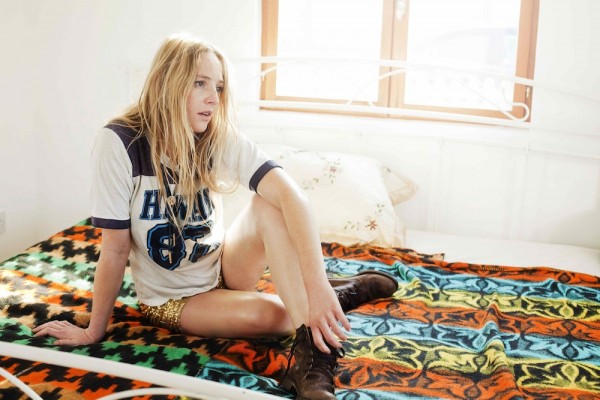 Hot on the heels of the release of her critically acclaimed debut album ‘Catching A Tiger’ Lissie returns with a new single ‘Cuckoo’ on August 30th through Columbia Records.

Already fast becoming a live favourite, ‘Cuckoo’ looks set to continue what has already been an action packed year for her. She has also recently announced full details of her first full headline tour this autumn, and as a series of dates as special guests to The Script in September.

On tour with The Script

It has been a whirlwind few months for this mesmerizing new artist from Rock Island, Illinois with a list of highlights as long as her arm including; her performing on Later with Jools Holland & GMTV, dueting onstage with Ellie Goulding, triumphantly winning over the SXSW festival with an unfathomable 10 shows in 4 days, championed by as broad a media spectrum as you could possibly imagine – from single of the week in The Sun and praised by the likes of Q, Clash, Uncut, The Sun, Sunday Times, Big Issue, Daily Mirror and playlisted across UK radio to name but a few places. She recently performed, jammed and recorded as part of the week-long Communion event alongside members of Mumford & Sons, Keane and a variety of others at London’s Flowerpot to rapturous response; the fruits of these sessions will be released later this year.

Having now decamped to the UK from her home base in Ojai, California for the foreseeable future, Lissie continues to tread the boards across the nation‘s live venues. Having recently completed a series of dates as special guest to Joshua Radin, City & Colour and Local Natives and a headline tour of the UK with Alan Pownall, Lissie now has a full program of touring continuing throughout the summer, which also includes a sold out show at London’s ICA on July 28th. Lissie won the hearts of many with her four triumphant Glastonbury appearances and her recent slots at Hard Rock Calling in Hyde Park, Oxegen, T in The Park & Latitude and has further confirmed festival appearances at Bestival, Camp Bestival, Summer Sundae, Secret Garden Party, Cambridge Folk Festival & V festival still to come, alongside dates in the US as part of the influential Lilith Fair Tour and at Austin City Limits festival. She plays a special early evening show at the iTunes festival on 27th July that has just been announced.

Online she has picked up well in excess of 2.5 million plays on YouTube as fans have discovered her charms, alongside some spectacular cover versions, that began with her take on Metallica’s ‘Nothing Else Matters’ for the Dermot session and has since taken in Lady Gaga’s ‘Bad Romance’ & Kid Cudi’s ‘Pursuit Of Happiness’ along the way to rave response, showing the versatility and depth of that voice that has also seen her pick up praise and support from a broad range of artists, from Courtney Love, Mumford & Sons,  Mark Ronson to Ellie Goulding.