And so, thirty years after the street party that spawned them, Specimen once again draw the crowd of beautiful mutants that follow them into a Fight Club-esque goth club down behind Angel tube station for yet another night of debauchery, heavy black eyeliner, and fun.

Slimelight Club can’t boast a wonderful sound system, although this gig had the better setup in the bigger upstairs space. Both gigs I’ve seen there have been dogged by deafening loudness that makes the music a little difficult to hear properly, and by the end of a long night can get painful on the ears. But a band worth their salt can triumph over this if they work at it.

Nightporter were up first. They’re a somewhat omnipresent entity in the London gothic music circuit, seeming to play an almost constant stream of support slots for nearly anyone. They boast a sound somewhat akin to a hybrid of Fields Of The Nephilim and Alice Cooper, boasting enough guitar effects to start a reasonably-stocked shop, the obligatory Rickenbacker bass, pseudo-tribal rock drumming, and a frontman with spooky vocals.

Getting down to the nitty gritty, I have to admit that Nightporter hold a certain je ne sais quoi for me, as in I do not fully understand it. They’re a compound of all the gothic clichés that people have, boasting songs such as ‘Darkling’ and ‘Wheel Of Misfortune’ and a sound of two parts: banshees shriek and subsonic rumble. However, that said, Nightporter’s strong point and the reason they are the perpetual support band of everyone going is that they get the crowd moving. Against all your best sensibilities and decency of taste, by the time the third song creeps from the speakers, you will magically find yourself up and graving with the best of them. And once Nightporter get going, they can prove to be an intriguing live band with a certain magnetic quality and a degree of light and shade. ‘Victoria’ is capable of moving a few cold black hearts and even more feet, and their cover of ‘Riders On The Storm’ was, well, it was an interesting interpretation, removing the blues and replacing it with the sound of a screeching Ibanez.

Between-set entertainment took the form of possibly the one of the most surreal burlesque style acts you could call to mind, involving a woman, a grindstone belt, and a miniature angle-grinder type powertool. Sparks quite literally were flying.

Specimen themselves arrived on stage at around half past ten or eleven, to rip up the stage in a ridiculously campy and affectionately nasty manner. A bit of a backstory, in the 1980s their vocalist opened a club called the Batcave, and Specimen were the house band, led by vocalist and owner of said club, Ollie Wisdom. Although the club has since faded away, Specimen resurrected themselves recently to keep the torch burning, and their regular July gigs are still in possession of a truly impressive atmosphere of gleeful debauchery that wouldn’t exactly go amiss in the Rocky Horror Picture Show.

The band proceeded to rip into their infamous song: ‘Beauty Of Poison’, all sounds blazing and in possession of energy and passion that a band less than half their age would be proud of. They’re very much a celebration of style – Ollie Wisdom was resplendent in lurid UV face paint and massive grin as he wailed and sang and sneered, wrapping the crowd around his little finger and raising the level of campy menace in the room to a Dr Frank-N-Furter standard.

The rest of the band too, despite perhaps showing their age a little more, were just as ready to put forth all their worth, and the results were rather spectacular given the small-scale settings.

In studio recordings, Specimen always give the impression of being a pop-centred act. Despite the gothic trappings, the sound was always very polished and revolved around keyboards, and it was always incredibly tongue-in-cheek. Live, the humour and fun translate perfectly, if nothing else through Wisdom’s infectious grin and undeniably cheerful stage presence, matched with deathly disco-pop-tinged melodies and the sheer ridiculousness of the spectacle. However, live Specimen possess a stronger leaning towards the sharp and wailing guitars which adds an extra bite to their set, a perhaps unconscious homage to the punk roots of UK goth. This is very clear on tracks such as ‘Wolverines’, which borders on a tooth-and-nail rocker, and even the gothier-than-thou dirge ‘Kiss Kiss Bang Bang’ had a whole new menace and undead animation injected into it, gratuitous pick scrapes and twanging guitar/bass riffs leaping straight for the jugular, backed up by its glam stomp drum beat and horror movie keyboard sound courtesy of Johnny Slut that leads itself perfectly to dancing.

‘Hex’, with its keening spooky keyboards and driving bass groove was a thundering pop juggernaut, marred by the sound system’s distorting qualities but still a massive amount of fun nonetheless.

The legendary ‘Sharp Teeth Pretty Teeth’, made a later appearance, a celebration of the sheer melodrama of goth music as well as a subversive moral commentary, which truly bought the roof down with its spaghetti western galloping guitars and catchy lyrics. The pacing of the set was an odd one: many would assume Specimen are a one-hit band, with only one studio album to their name, but in fact nearly every song they have released is a cult classic track, and so just when you think they’ve exhausted the best of their back catalogue, they pull another rock-solid song from the clouds of dry ice that surround them.

An after-hours set was performed by Jay Aston’s half of Gene Loves Jezebel, another legendary underground figurehead of 80s goth. The split of the two brothers who fronted the original lineup has passed into legend, and they now operate the same band name on separate continents with separate artistic directions. Jay Aston has aspirations of stadium rock, his soaring guitar rock sound and seductive vocal style bringing to mind a punk-edged 80s pop group. The set was kargely devoted to his newer post-split material, however ‘Stephen’, ‘Desire’, and ‘Bruises’ did make an appearance, and particularly on the latter the wailing tones and plaintive urgency of the original and considerably more unhinged GLJ sound couldn’t help but bleed through the veneer of super-confident rock and roll.

Their appearance did feel somewhat out of place in the super-gothic surroundings given their eventual direction, however they were still, even approaching two in the morning, able to draw a crowd of dancers and command the stage as if they were in fact another headline act.

It can safely be said that goth is a scene far from gone. It may have faded into the background, but visiting such a showcase of sensuality, rock and roll and every shade of black imaginable, one can’t help but feel it won’t be disappearing anytime soon. 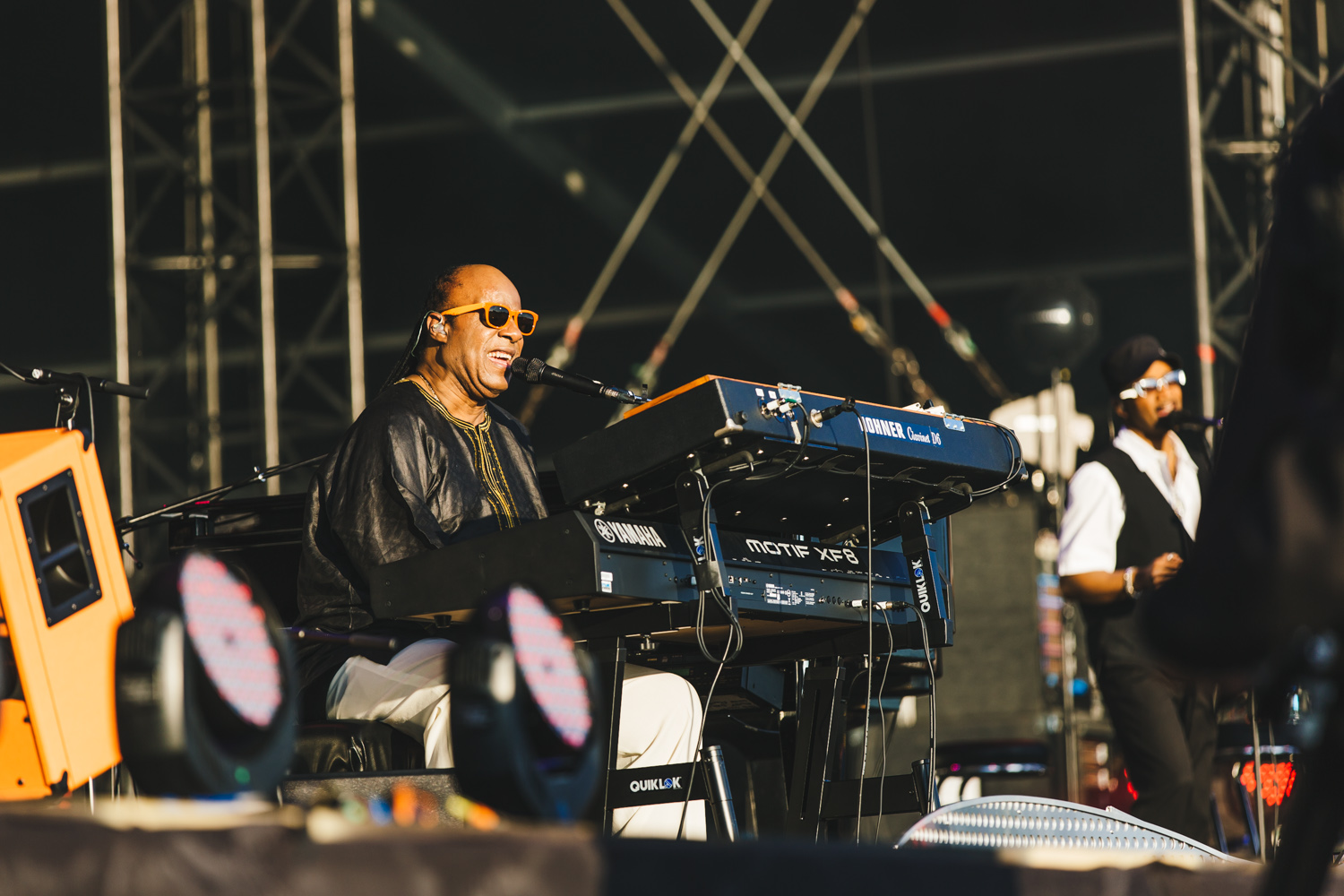 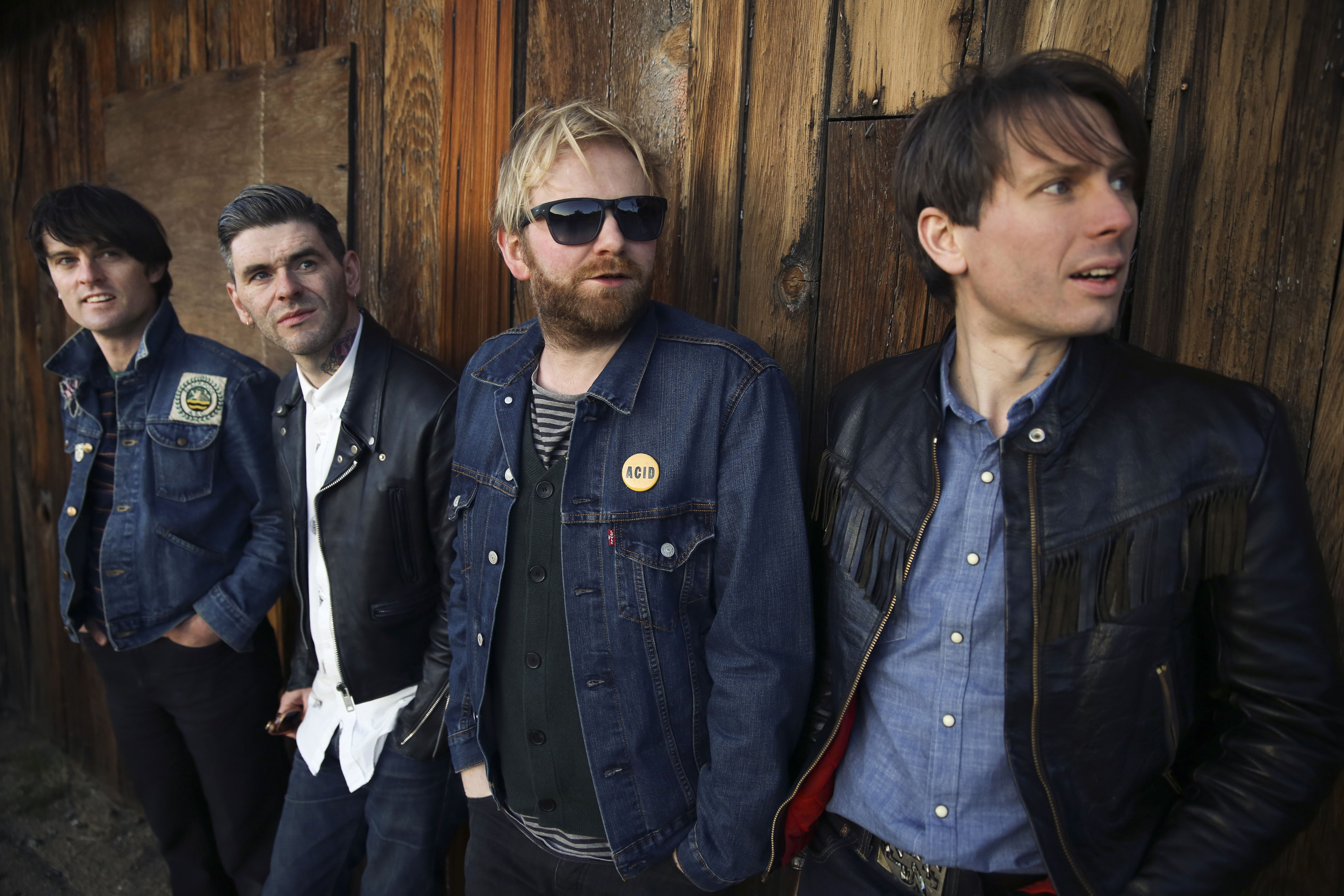