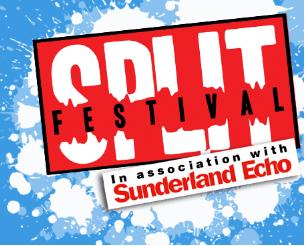 ‘Split‘ launched with a mighty bang last year and is intent on bringing forward the cream of the Sunderland music scene with a bigger showcase for this second outing. Split Festival will take place on Saturday 25th and Sunday 26th September at Ashbrooke Sports Club, Sunderland, Tyne and Wear. With a wealth of musical talent behind this upcoming 2 dayer it’s not surprising its attracting a seasoned crowd.

The second Split Festival is a bigger and better version of the inaugural 2009 event and once again will be held under cover in a massive marquee at Ashbrooke Sports Club. It’s main aim is to give a for North East musical talent and this year’s main acts so far booked are all from this area.