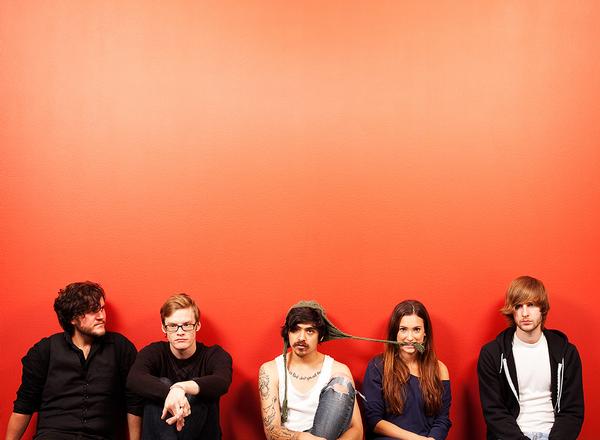 I saw Kurran and the Wolfnotes few months back at the Hoxton Bar & Kitchen. They were the main support to The Kissaway Trail and I remember thinking that they were really good. Then, being terrible at catching names (I take months to memorize even my friends’ ones!) I totally forgot to dig in further: what a mistake!
As always happens with beautiful yet mysterious things in life, I heard Your Four Limbs on the radio and it suddenly hit me like a train. It felt as if I were falling in love for the first time. It is hard to describe Kurran and the Wolfnotes vocals and sound as I would hardly give them justice, therefore I suggest you watch the mesmerizing live version and listen to the track here. Enjoy!

Kurran and the Wolfnotes bring an unmistakable noughties twist to the alt-folk sound, with a playful hint of The Strokes complimenting the otherwise straight up trad-sound. New Yorker Kurran Karbal’s faltering, heartbroken croon and textbook Isle of White Festival circa-1968 guitar jangle, half medieval minstrel, half basement bar sleaze sitting perfectly on new single ‘Your Four Limbs’.

While their sound may lend itself to comparison to a whole host of their contemporaries Kurran doesn’t see his band as a flash in the pan. He’s never more sincere than when he says, “I look at bands like Radiohead who have amazing discographies and I want to be able to look back in twenty years and say, ‘Yeah, every single one of these albums speaks for a part of my life”

“The way I think about it,” says Kurran, “There are a few special people who get the chance to do this as their career and that’s it, that’s our goal, I want to be one of those people. It’s not about fame, it’s just to be able to play music for your whole life. It’s like when I was fifteen and heard NOFX and Rancid and I thought, ‘Woah, those guys are playing and it doesn’t look that hard, friggin sweet, I could probably do that.’ So I did!” With secret influences like that, who’s going to stop him?

The 5-piece, already with a single release under their belts and recent show-stopping performance at Latitude, plan to tour in September and will be announcing dates soon. In the meantime they are working on their debut album.

Read our review of new single Your Four Limbs here!