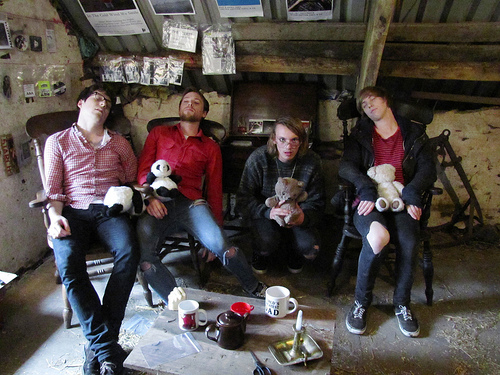 Rock and roll. It’s a beautiful thing, and anyone who says differently needs to have a long think about how meaningful their lives are. Thing is though, it’s becoming rare in todays musical landscape for four teenagers to sling a guitar over their neck and scream bloody murder into the nearest microphone, so let’s praise the gods of rock for two bands bringing back the vitality of rock and roll. One, the mighty Dinosaur Pile Up, and this band, The Xcerts.

Coming on like a mix of early Brand New and early 2000’s post hardcore chaps Million Dead, Young (Belane) is what every great rock song should be, post hardcore anthemics based around a strong, melodic song that would sound great acoustically, the guys can really play their instruments and singer Murray Macleod has a great voice. Seriously, this would be such a simple formula if it wasn’t so easy to get wrong, but The Xcerts pull it off with a panache lacking in bands with double their experience. A great single by one of the most exciting bands in England.