‘Singer-songwriter’ is not a term embraced by many musicians. Too often the phrase is used to denote generic clichés, excessive emotional angst or middle-of-the-road blandness. But 21-year-old Benjamin Francis Leftwich feels it’s far from insulting; ‘My songs are personal and acoustic guitar based so why not? I am a singer-song-writer.’ With influences including Elliot Smith, The Beatles, Kate Bush, Ryan Adams, Sigur Ros and Bruce Springsteen, his floaty, melancholic vocals and deft finger-picking lie somewhere between Jose Gonzales and Iron and Wine.

‘A Million Miles Out’, Benjamin Francis Leftwich’s debut EP will be released on October 25th through Dirty Hit. Produced by Ian Grimble (Mumford & Sons Manic Street Preachers, Siouxsie & The Banshees), it will be followed by a full length in March 2011. Although born and bred in York, Benjamin is of South African and Australian descent; he sees Sydney as a home-from-home and has been writing songs for the album there as well as in London.

A self-taught guitarist, Leftwich has had plenty of time to perfect his craft; he began playing at the age of ten and realised early on that song-writing was a natural means of expression to him. ‘I like the way a song can grab you for a couple of minutes and take you somewhere, and how the different elements in a track can make you feel.’ Growing up on a diet of The Rolling Stones and Nina Simone, Leftwich discovered Placebo, Bob Dylan and Elliot Smith in his teens and quickly began playing out on the York music scene.

Written whilst in the secluded countryside of Southern France, the four tracks on ‘A Million Miles Out’ have a sense of hopefulness. The delicacy of EP opener ‘Atlas Hands’ is a case in point, with its refrain: “I’ve got a plan. I’ve got an atlas in my hands. I’m gonna turn. When I listen to the lessons that I’ve learned.” The stunningly subtle ‘More than Letters’ – which is featured on the ‘Communion Compilation’ (the label from Mumford & Sons and Cherbourg) – also showcases Leftwich’s talents at their most powerful.

Having previously played with Mercury-nominated I Am Kloot, Fionn Regan and Lisa Mitchell, Benjamin Francis Leftwich will be playing a string of shows across the UK later this year.

Everything Everything On Later With Jools Holland 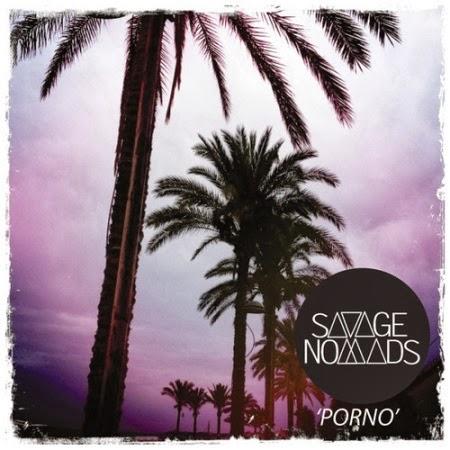