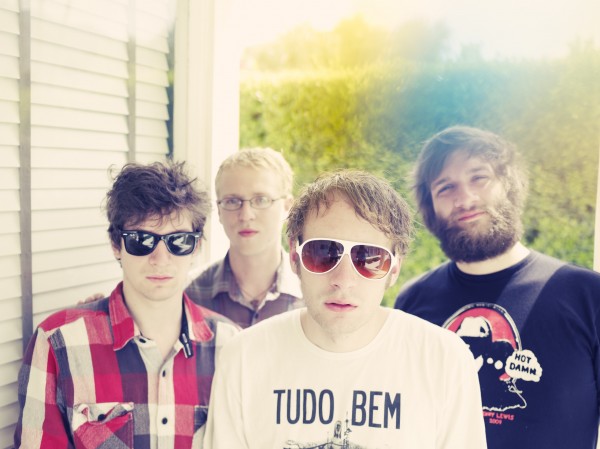 AAAMusic: Where does the name Deer Tick come from?!

Deer Tick: I got bit by one. They’re arachnids. They carry Lyme Disease. They’re also known as the blacklegged tick. We could have went with that and became a ‘Black’ band, but we became a ‘Deer’ band instead.

AAAMusic: You are frequently compared to artists like Bright Eyes, Modest Mouse and Fleet Foxes. Do you find these to be flattering comparisons or even accurate ones?

DT: Based solely on the records, possibly. But we don’t really listen to those bands. I think after seeing us play live, most people cease to use those comparisons anymore.

AAAMusic: ‘The Black Dirt Sessions’ has had some pretty incredible feedback being the Uncut Album of the Month amongst others. Are the opinions of reviewers something that is important to you?

DT: Uncut Album of the Month was a pretty great thing to get. Whatever reviewers say though doesn’t really matter much to us. Of course it feels good to get a good review, but what’s it mean anyway? Journalists have the right to say whatever they want about us, and we have the right to make whatever kind of music that we feel like making.

AAAMusic: What provides you with inspiration in your song writing?

AAAMusic: You have been in the news lately for reasons other than your music, i.e. the incredibly generous offer of selling your tour bus in order to raise funds to aid the flood relief in Pakistan. What is it about this particular cause that made you want to help?

DT: I was listening to NPR and they were pondering why Americans gave so much money to Haiti, and were slow to give to Pakistan. Maybe its because of the stigma some Americans feel about that part of the world, maybe Americans just felt generous with Haiti because it happened around Christmastime. Who knows? I just felt it was the right thing to do.

AAAMusic: You have a very hectic touring schedule over the next few months. What is the major difference for you to playing in a studio setting and then playing those songs live?

DT: Playing songs the same way live is boring. Its much more fun playing live, you’re allowed to change things up a bit. We play all our old songs way different live. We play them with more energy, and with different arrangements. If we didn’t do that, we’d just get bored and retire them.

AAAMusic: Signing to Fargo Records means that your first two albums will now be available in the UK for the first time. Is this an exciting prospect for you?

AAAMusic: After such an incredible few months, you must be pretty excited about what is happening with the band right now. What are your plans for the future?

DT: We’d like to get our next record done in time for a Fall 2011 release. In the meantime we got a few months of tour left. One is with Middle Brother (formerly known as MG&V), which is Taylor from Dawes, Matt from Delta Spirit, and myself. All of our bands are going on tour together and its going to be a big traveling circus! Then we’ll have summer off and in the fall we’ll do what we do best, put out a record and tour like maniacs.

AAAMusic: Have you any advice for any aspiring musicians?

DT: Its hard to make it anywhere if you’re not willing to leave your home. That can mean giving up a lot. But no one’s going to come to you.

For more information then head to www.myspace.com/deertick

Bowie Tribute Album ‘We Were So Turned On’ Out Now