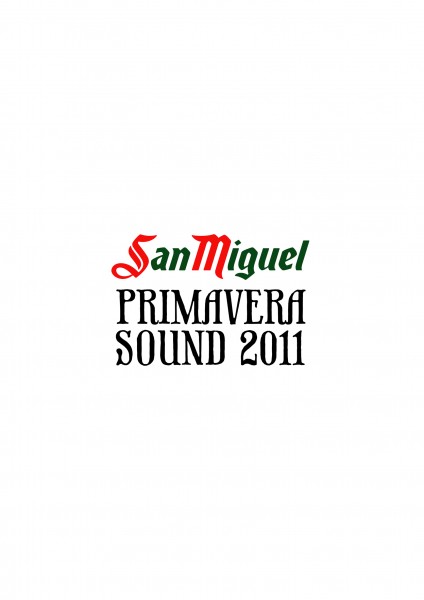 The new confirmations for the next edition of the San Miguel Primavera Sound will all play on one of the stages of the festival, the one named after the prestigious American website that has established itself as a beacon for the most promising bands on independent music scene worldwide. The first artists to be announced for this stage are artists and bands, who are in line with the Pitchfork philosophy and who have stood out as promising in the last few months or who have reaffirmed themselves with a good record during this last year which is coming to its end.

So we have people like the much talked about Twin Shadow, aka George Lewis Jr. author of one of the albums of the year, Cloud Nothings with their lo-fi pop and a recently released debut record after making a name for themselves on the cassette scene and Julian Lynch and his evocative folk with hints of psychedelia and lo-fi. There is also room for artists who are already prestigious but who have had a particularly good year, like the well established Ariel Pink with his band Haunted Graffiti or the New York band The Walkmen, who are on the verge of a massive success after editing “Lisbon”. Also from the Big Apple come Gang Gang Dance, who are about to edit the follow up to the much-acclaimed “Saint Dymphma”.

Other names that have appeared on the Pitchfork pages in the last few months will also perform on their stage next May. The Barcelona Band Aias will present their first record for the label of the moment Captured Tracks, The Fresh & Onlys with their garage pop, the ambient and progressive psychedelia of Emeralds and the unconventional and humorous hip hop of Das Racist. The 90’s punk of Male Bonding from London and the dark electro-pop of Games (with members of Oneohtrix Point Never and Tigercity) complete the first batch of confirmations for the Pitchfork stage.