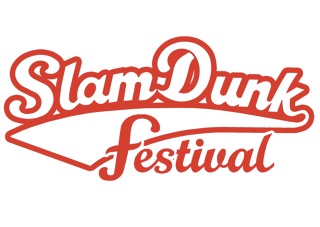 NEW bands added to this years event ARE:

We Are The In Crowd,

Rocket To The Moon

“Words can’t describe how excited I am for us to head over to the UK! I’ve always heard about slam dunk festival and how much fun it is. I’m hoping to meet all of our fans, especially the fans that have been consistently tweeting me asking us to play over there! I have no doubts that it will be one of my favorite trips.” –

Tay Jardine, We Are The In Crowd

On the 10th anniversary (2001 – 2011) of the first ever Slam Dunk event.Slam Dunk Festival 2011 is officially GO!!! While bands and stages start to take shape, the festival is ready to announce the first batch of acts for the 2011 event. Following a SELL OUT 2010 event that saw the likes of New Found Glory, Alkaline Trio, Against Me!, Young Guns, Devil Sold His Soul, My Passion, Your Demise and Four Year Strong, Slam Dunk Festival 2011 will be the best yet and further strengthen it’s position as one of the best small UK festivals.

Bringing together the best and hottest acts from across the world, the festival this year, on the year of its 10th anniversary, will look to bring back some of its first ever acts booked to truly mark this special occasion. As with last year, the festival will once again set up across the final May Bank Holiday weekend hitting Leeds University on Saturday the 28th and then just on the outskirts of London, Hertfordshire University in Hatfield on Sunday the 29th.
Organiser and Slam Dunk founder Ben Ray has made it his priority to make this event the stand out live music event of the summer and to make the neccesary changes to ensure it runs as smoothly as possible.

“Being the 10th anniversary of Slam Dunk it was important for me to have a lineup that truly represents the way the scene has evolved over the last 10 years. I am extremley happy to have some of the bands that inspired me to start the club night from which the festival evolved from.
Returning to Leeds University for a 5th year, 2011 will not doubt surely see a another repeat of one of the best Festival atmospheres at any rock festival anywhere in the world. Going back to Hatfield for it’s 2nd year any teething problems of last year’s event have been ironed out with a different layout and the main stage and merch village being outdoors. Increased and improved security will ensure a smooth flow of people between all the stages. The dates have also been swapped around to give the venue time to recover from it’s Summer Ball on the Friday night which caused us problems last year.”

Already announced as a Slam Dunk 2011 exclusive, the festival see’s the joint headliners Less Than Jake and Reel Big Fish playing together in the UK for the first time ever.  Joining them will be newly announced Goldfinger which in turn will see the ‘Big 3’ of Ska Punk uniting in the UK  10 years after they kicked off the US ska punk invasion which fueled the launch of the Slam Dunk brand.
Less Than Jake’s Vinnie Fiorello says, “We’re stoked on finally getting to tour with our great friends in Reel Big Fish in the UK and getting to do Slam Dunk as well rounds out to a perfect tour.”

The massive 3oh!3 will also be bringing the party by stopping in as part of their UK tour.
Following on Slam Dunk’s tradition of reunion’s after Farse in 2009 and Capdown in 2010, 2011 will see the UK exclusive reunion shows from fan favourites, US pop punk legends The Starting Line.
Those mentioned above, will join Slam Dunk favourites Mayday Parade, newly announced US political punks Anti-Flag, fast rising US mega stars in waiting We Are The In Crowd, US giants Framing Hanley, and the hotly tipped Versa Emerge on the latest bill.

Many more bands and stage lineups will be announced soon, but at the moment, all announced bands are below:

Less Than Jake / Reel Big Fish / 3oh!3 / The Starting Line / We Are The Ocean / Goldfinger / Anti-Flag / Mayday Parade / Deaf Havana / Framing Hanley / Rocket To The Moon / We Are The In Crowd / Innerpartysystem / Decade