Tim Minchin added to Line-Up for The Apple Cart 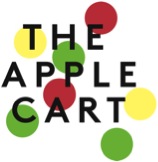 – Max Somerset from hit children’s TV show The Sorcerer’s Apprentice confirmed for the magic stage (only UK festival with a proper magic stage).

Introducing, The Apple Cart: London’s brand new, bespoke festival for lovers of music, comedy, interactive art, cabaret, good food and magic. Taking place on a leafy, tree-lined part of Victoria Park, on Sunday 7th August 2011 from 11am until 10pm, The Apple Cart offers a completely new take on the festival experience and caters to both adults and children alike. With everything from Mercury award winning musicians, award garnering comedians, conjuring Magic circle members, the acclaimed Art Car Boot Fair, a new bespoke interactive art happening from The House of Fairy Tales and everything from hog roasts to the coconut king at Venn St Market – there’s something for everyone at The Apple Cart festival.

From the people behind the Underage and Field Day festivals – The Apple Cart will sit on the Sunday of the same weekend, in the same location however with a truly innovative and one of a kind programme it promises to appeal to a new generation of festival goers and families alike.

The Apple Cart is totally beside itself with excitement – comedy rock superstar Tim Minchin has been announced as the festivals comedy headliner. Tim Minchin who describes his act as a “funny cabaret show” has appeared on TV shows including BBC’s Never Mind the Buzzcocks, Friday Night With Jonathan Ross, as well as performing to sell-out 5000 strong crowds around the world with his symphony orchestra. Minchin has also written the music and lyrics for RSC’s new musical version of Roald Dahl’s Matilda and performed at The Royal Albert Hall. Tim Minchin continues to push the comedy boundaries and continues to pull it off.
There’s also a heavyweight comedy line up from Laughing Boy Comedy Club with belly laughs coaxed by The Late Edition’s Marcus Brigstocke, Paul Chowdhry, Doc Brown whose unique brand of comedy rap saw him support Mark Ronson on tour and 8 Out Of 10 Cats & Stand Up For The Weeks Jon Richardson plus the sublime observational comedy of Simon Evans and Irish Comedy Hip Hop Improv superstars Abandoman

The Apple Cart’s excellent music line up so far features National treasures Saint Etienne, two time Grammy winners Soul II Soul, Mercury award winner Badly Drawn Boy and former Beta Band singer Steve Mason. Also confirmed for the music stage, The Magic Numbers who swiftly rose to prominence in 2004 when their eponymous debut album was shortlisted for the Mercury Prize and James Yorkston (singing songs old and new and reading excerpts from his acclaimed literary debut The Touring Diaries of a Scottish Gent which was published by Domino in February). DJ sets will come from three gents with impeccable taste: BBC Worldwide Gilles Peterson, Sean Rowley of Guilty Pleasures and the Joy of Music and Dexys Midnight Runners Kevin Rowland. To add to all that, Chilly Gonzales brings his acclaimed piano talk show last seen at the Pigalle Club to headline the cabaret stage.

Artist’s Gavin Turk and Josh Knowles present ‘Candlelit Matinee’ a special project by young people for young people, produced by the acclaimed travelling arts company The House of Fairy Tales. Under themes of Light and Shadow (hence the title of the project), young artists will make and present interactive art projects, workshops and performance exclusively for The Apple Cart audience. The young people’s artistic endeavours which include a wide range of media, from fashion to film, painting to puppetry, gaming to gastronomy and much more, are presented in a grand circus style marquee- interactive for old and young alike.

The Apple Cart is also thrilled to present the only proper Magic Stage at any festival this summer, with the most sought after and forward thinking magicians around who will also be holding workshops for children on the day. Max Somerset from TVs The Sorcerer’s Apprentice will perform alongside performances from members of The Magic Circle – compered by Richard Pinner IBM (International Brotherhood of Magicians) Close-Up and Stage Magician of the Year 2003 and Magic Circle Close Up winner 1999, with Oliver Tabor award winning magician and illusionist who mixes classical conjuring with a contemporary style, David Weeks and many more.

The fabulous Art Car Boot Fair breaks out of its Brick Lane car park and heads to Victoria Park for The Apple Cart to create a bespoke fete-in-festival. As well as being able to pick up an astonishing selection of exciting art works and art wares from the boots of classic cars, Apple Carters will also be able to get involved in all manner of artist led frivolities, create their own art, become a human snow-shaker, play boules in a china shop, find out what the future may bring from My Big Fat Gypsy Fortune Teller and have a sing-a-long with the fabulous and famed Bethnal Green Working Men’s Club Karaoke set.

The Apple Cart aims to create a kaleidoscopic, colourful playground for adults and kids alike with more talent and off-kilter activities to be announced in the coming weeks.

The Great Escape – The Hub and Made in Brighton details announced