It doesn’t take long after listening to the Meat Puppets’ thirteenth studio album overall, Lollipop, to realize that they have boiled the essence of what the group is all about right down to its core. As a result, singer/guitarist Curt Kirkwood, bassist Cris Kirkwood, and drummer Shandon Sahm have an instant Meat Puppets classic on their hands, and an album that fits in perfectly with such mid ’80s classics as Up on the Sun and the underrated Mirage (while not coming off as an attempt to recreate a certain musical era of the group). Interestingly however, the Meat Puppets did not achieve this by working out the songs’ arrangements beforehand, or even extensively rehearsing together.

“This one here was an experiment in just viewing the parts as Tinkertoys, and seeing the little Tinkertoy circus that needed to be built, and putting it together simply like that,” explains Curt. “With just the band in the studio and the engineer, we didn’t learn the songs – we just went in the studio, and went, ‘OK, here’s your part. Now play this good.’ So we cut the stuff on acoustic guitar and drums first, and then built it. It’s an interesting concept of a way to do something. It seems like it might be a stiff way to do something, by just putting it together a piece at a time like that. But I really enjoyed it. I think the overall sound of the way it came out is kind of a contradiction of the way it was recorded. To me, that’s the coolest thing – to put something together like that, so you have the sum of the parts, and then the whole. The whole thing about the whole being greater than the sum of the parts. To force yourself to do it that way. We were able to keep track of the music.”

Produced once more by Curt, Lollipop signals the re-entry of former Puppets drummer Sahm back into the band (who previously played on the 2000 Puppets release, Golden Lies, and supporting tour). Sahm elaborates: “In October [2009], Curt called. I said, ‘Aren’t you supposed to be out on tour with the Stone Temple Pilots? What’s up?’ He said, ‘Do you want to fill in and do these dates?’ We only had one day to practice. That was the icebreaker. The first show was in Mobile, Alabama at BayFest. It was probably 5,000 to 10,000 people. Right afterwards, Robert and Dean DeLeo came up and said, ‘You’re really great in the band. You really drive the band cool. You should be in there.’ And I was like, ‘Well, I’m filling in for right now. It would be cool…talk to ‘the boss’.’ Robert goes, ‘I’ll talk to him.’

Recorded at Spoon’s HiFi Studio’s in Austin, Lollipop is chock full of tunes that run the stylistic gamut. Case in point, the opening keyboard-laced “Incomplete” (that Curt wrote back in 1983, and envisioned as “something that I thought would be good for Elvis or Engelbert Humperdinck in the ’60s”) and the rocking “Hour of the Idiot,” to the sunny ska of “Shave It,” and such acoustic country ditties as “Baby Don’t” and “The Spider and the Spaceship.” And Cris certainly approves of the finished product. “The continuity that runs through Curt’s work is just a trip, and how you can reference different parts. I think it’s a fairly bitching effort, considering the amount of time we put into pre-work. I think it’s indicative of where the band’s at right now. It’s a fairly fluid moment, and that’s a trip, considering how long we’ve been at it and the band’s history. Curt’s been at it non-stop, and I’m pleased to be able to provide him with a stable outlet for his art.”

And according to Curt, the band got back to trusting their instincts once more – a major catalyst in their earlier work. “The similarity between the ’80s and now is that once we started getting a lot of attention in the ’90s, we brought producers in and stuff, and there was a thing that started happening – and it might sound egotistical – but this band always ran off of my intuitions. As much as songwriting or anything else. I write intuitively, and I never wanted to be a songwriter – I just got into it when I had the band. I just wanted to be in a band. So it’s all been this intuition of ‘This is what we need to do.’ This was kind of taken away from us in the ’90s, as money came in and people said, ‘You need to do this.’ It clouded the whole easygoing…like, ‘Well, what does Curt think?’ You could say it was the money or it was the thrust of popularity stuff or the Nirvana thing. But it just was like the band as a whole quit trusting that, I think. We just became more compliant, and like they say, ‘Cooperation leads to corruption.’ So in this way, I think the album harkens back to that.”

To support Lollipop, the Meat Puppets are planning on touring steadily, including the group’s first substantial European tour in nearly two decades. Curt – “We took a good amount of time off in this last year and didn’t do any real big tours, so we could get this record done and just cool our heels a little bit. Now, we’re ready to get going again.” Cris adds, “We’re getting back to a place where…he and I have a bitching wavelength that we were able to get to. He so doesn’t need my support in a way, but I think he appreciates it in a way, and I know I love our relationship and the music we make together.” As they say, the proof is in the pudding, and Lollipop is one tasty listening experience from beginning to end. 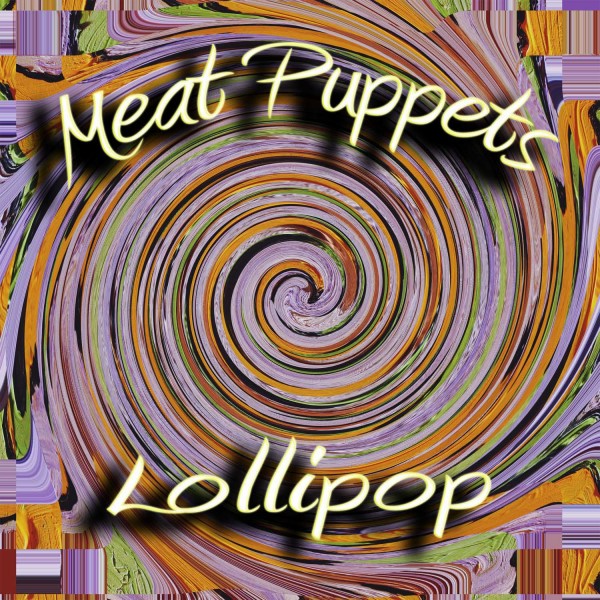 Bearsuit will change their name to raise £1,000 for SXSW trip!