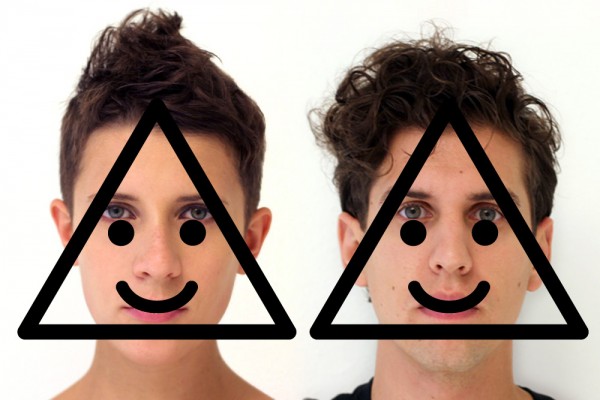 Free MP3 Download of ‘Dystopia (The Earth is On Fire)’

Shangri-La is YACHT’s second album for DFA Records, and fifth for the world. Shangri-La was produced, mixed, recorded, and performed by Jona Bechtolt and Claire L. Evans with frequent collaborator and touring member Bobby Birdman, at the Marfa Recording Company, Jackpot! Studios, and in temporary living quarters in Los Angeles, California.

On Shangri-La, YACHT asserts that the future is a blank slate upon which anything can be imposed.

Shangri-La argues that “Paradise is kinetic potential, a latency within us that has been eaten alive by time.” In line with the existing emphasis on self-empowerment in the YACHT philosophy, YACHT’s idea of “Utopia” is personal. YACHT believes that the only real sustainable paradise is in our minds, and hence creative output can be a tangible piece of the Utopia within each individual. Shangri-La literally is YACHT’s Utopia, a place made of songs.

Utopia is nothing without community. Please join YACHT. www.teamyacht.com

IMPORTANT MOMENTS IN THE HISTORY OF THINKING, WRITING, AND TRYING UTOPIA

BIBLICAL HISTORY: Adam and Eve kicked out of Eden, beginning the “Fall of Man.”

2000 BCE: The Epic of Gilgamesh, the earliest recorded journey of the search for Earthly Paradise.

380 BCE: Plato writes The Republic, concerning the definition of justice and the character of a just city.

1627 CE: Francis Bacon pens New Atlantis, expressing the need for scientific rationalism in the creation of a perfect society.

1984 CE: After a bioterror attack, Rajneeshpuram falls and followers of Bhagwan Shree Rajneesh leave their commune in Oregon.

1997 CE: Members of the Heaven’s Gate cult ascend to the “next level” from a mansion in San Diego, California.

2007 CE: YACHT develops its own philosophy, becoming a “Band, Business, and Belief System.”

2012 CE: YACHT breaks ground in the building of the Shangri-La Center in Marfa, TX.

The Japanese Popstars announced for the Road to Rockness