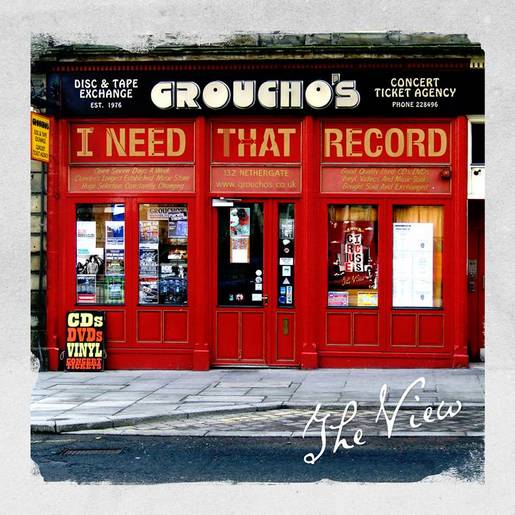 “Record keep on spinning, makes my life worth living”

“We are in a band because we love music. People who love music shop at record stores” – Kieren Webster, The View
Record Store Day – the annual celebration of independent record shops due to take place on April 16th this year – has announced that Scots band The View have been selected to create an official anthem for the day, a re-recording of 80s powerpop classic ‘I Need That Record’ by The Tweeds.

The track can be heard at http://soundcloud.com/the-view/i-need-that-record until Record Store Day itself, April 16th, when it will be released as a limited edition one-sided 7” single available only from participating indie record shops. The band will also be playing an instore at Rock-a-Boom in Leicester on Record Store Day as well as the following instores/signings;

Tuesday 5th April – One Up Aberdeen – 17 Belmont Street , Aberdeen, AB1 1JR (N.B. This is an instore signing only, the band will NOT be performing)

Kieren Webster, from The View says: “The internet seems to be taking over music and it’s great to support Record Store Day as vinyl sounds so much better and it’s so much more of an experience going to a record store to get your music. The people who work in them are avid music fans willing to help you. Even the simple pleasure of going in and flipping through the second hand bargain bucket is something I still do at least twice a week – think how many bands have been started by like minded musicians who first met in their local record shop. Without independent record shops every local music scene would lose a vital hub. This is why I am very proud to be doing my bit for Record Store Day!”

More than 150 independent record stores are expected to take part in this year’s Record Store Day, selling around 100 exclusive and collectible items which will only be available on the day. The day will also feature scores of unique events from PAs to exclusive gigs open only to RSD customers.

Spencer Hickman said, “Record Store Day is the perfect antidote to all the doom and gloom we hear about the music business. It’s a day of celebration fuelled by the enthusiasm of artists and fans for record stores.”

The View’s new album ‘Bread And Circuses’ is out now.