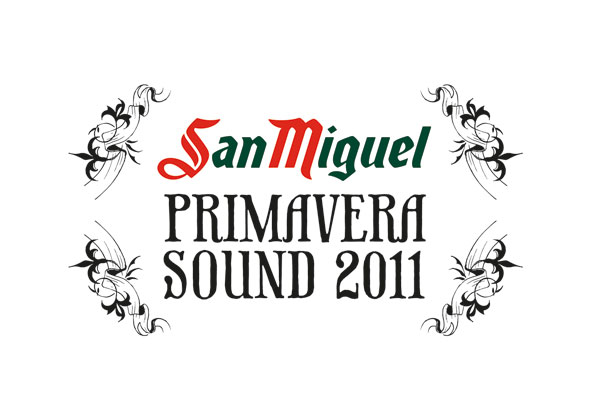 San Miguel Primavera Club will hold its sixth edition next November simultaneously in Madrid and Barcelona and, as usual, its extensive programme will take place in numerous venues.

The American folk formation Fleet Foxes, the masters of indie rock Superchunk and the mythical post punk band The Pop Group, who have recently reformed, are the first confirmations for the winter version of San Miguel Primavera Sound.

Joining them in the different venues of both cities will be the electro-indie of the Canadians Handsome Furs (with members of Wolf Parade), The Olivia Tremor Control, the formation that belongs to Elephant 6, Seth Haley’s lo-fi project Com Truise and the wild punk rock of the duo JEFF The Brotherhood, the prolific cult artist and godfather of lo-fi R. Stevie Moore, the hip hop of Shabazz Palaces (with the Digable Planets’ Ishmael Butler among their members), the presentation of the new album by John Maus, the return of the British band Factory Floor after their apocalyptic show at the San Miguel Primavera Sound 2011 and the Americans Girls with their sunny pop. New proposals will also visit the festival like the experimental pop of Braids and the dream pop of Puro Instinct, project that is backed by Ariel Pink.

The creator of the influential label Mo’Wax will be present with his project Unkle as James Lavelle presents: UNKLE – SOUNDS, his new show. The electronic music of the Finnish band Uusi Fantasia and a showcase by the influential American label Thrill Jockey and the agency Iron Booking, at which there will be concerts by Thank You, High Places and Barn Owl, complete this first batch of artists.

Fleet Foxes will present their new album “Helplessness Blues” at the San Miguel Primavera Club with two concerts on the 25th November in Madrid (La Riviera) and on the 27th November in Barcelona (L’Auditori – sale Pau Casals, C/ Lepant 150). For these concerts it will be necessary to buy a ticket or to pay a supplement when buying the San Miguel Primavera Club 2011 full festival ticket.

On another note, the dates of San Miguel Primavera Sound 2012 have been confirmed, the main days of the event will be held from the 30th May until the 3rd June next year.

Next Monday 25th July from 10am a limited number of the following VIP full festival tickets will go on sale until they sell out:

The VIP full festival tickets must be collected during San Miguel Primavera Sound 2012. The San Miguel Primavera Sound 2012 VIP full festival ticket includes access to the VIP area on the Parc del Fòrum site with discount price food and drinks and preferential access to the concerts on the Rockdelux stage (auditorium with limited capacity), among other advantages.

Access to the concerts programmed at San Miguel Primavera Club 2011 is subject to capacity of each venue. The minimum age required to get into the San Miguel Primavera Club festival is 18. The individual tickets for the concerts of Fleet Foxes will also go on sale on Monday 25th July at the price of 28€ (+ booking fee) and they can be bought on the whole Ticketmaster network.