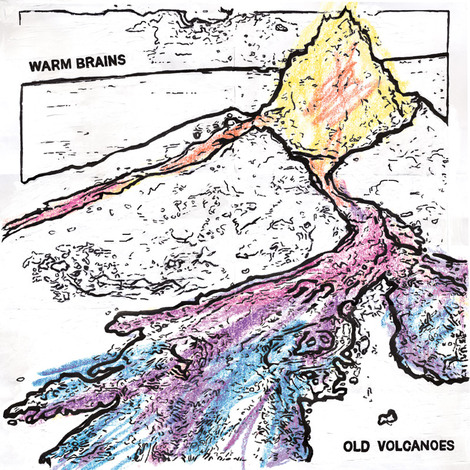 Having spent much of his time in his previous bands making all manner of distorted noise this time he has opted to explore the nuances in making fuzzy indie guitar music. Taking cues from the likes of Dinosaur Jr, Archers of Loaf and My Bloody Valentine has led this album being full of strange sounds and stranger melodies.

Right from the opening track ‘Worried Seed’ he sets out his intent on taking you through an album of distorted guitars and pounding drums that form the strong sound of this album. Despite it very much in a lo-fi production this record manages to be a very powerful in places.

On tracks like ‘Let Down’ and ‘Marble Arch’ he displays his sense of indie pop, albeit through the prism of oblique sounds but this shows what is really at the heart of this record. A clear sense of pop sensibilities.

On some of the more sparse tracks like ‘Drunk Drivers’ it feels like the song is drifting aimlessly and you find yourself tuning out but these moments are few on this album.

Rory Attwell has spent much of the last few years in the shadows of the indie underground but has come out of hiding and has brought an exciting and brilliantly creative record with him.