Psychic Welfare comes after Julian Grefe waded through the cosmic slop that accumulated around him the two years following the release of Endless. Grefe alongside Justin “JG” Geller, forms the central nervous system of a Pink Skull. The duo expanded to include Jeremy Gewertz (drums), Mike Hammel (bass), and Sam Murphy (guitar) for the recording and live realization of Endless, and then expanded once more to include Adam Sparkles (programming) and Robin van der Kaa (bass, programming) for Psychic Welfare.

Psychic Welfare was produced by Pink Skull and Jeff Zeigler (Kurt Vile, War On Drugs) between the band’s Philadelphia studio and Brooklyn, NY. Contending with the seismic swells in both the macro and micro worlds around him, Grefe refracted the polluted waves in a fantastical fit to write the 13 songs of Psychic Welfare. The album is a map of time and space portals in which the listener can navigate from the corroded corners of machinated life to boundless, amorphous space in mere seconds.

Across the album’s pull-out poster artwork for Psychic Welfare is a hand-scrawled poem by the late NYC sage Ira Cohen entitled “Blind Assemblage”. In the poem, Cohen describes the decay of society and struggles to find civility within tragedy, a sentiment mirrored in Grefe’s lyrical content of Psychic Welfare, if not masked by a new found pop propensity.

Tracks from Psychic Welfare were remixed by Brassica, Higamos Hagamos, Ray Mang, and Worst Friends. Each of these remixes will be released as single support and included alongside additional original tracks as bonus downloads. The artwork of Psychic Welfare is taken from a a series of visual synth feedback experiments conducted by the band and video artist Adam Carrigan.

This Distance – The Thought Of Safety EP 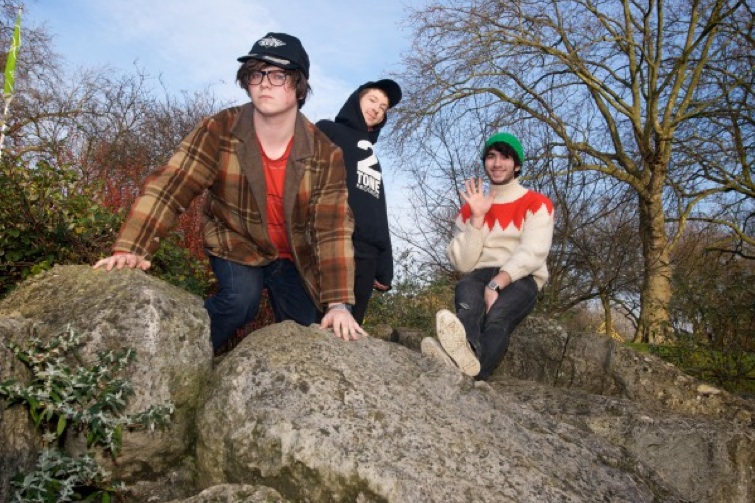