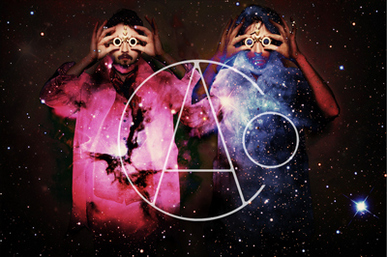 London based duo Age of Consent release their debut single “The Beach” on September 5th 2011.

Age of Consent are Joe Reeves and Darren Cullen, former members of Shitdisco.

Since leaving Shitdisco, they have set up their own studio in East London and started working on new material as well as producing great remixes for the likes of Gary Numan, La Roux and Yuksek among others.

They make dark, dystopian gothic-pop influenced by bands and production duos such as The Knife, Suicide and Yeasayer.

Their debut single “The Beach” was recorded in a 16th century Italian farmhouse with producer Luke Smith who has previously worked with Depeche Mode, Foals and Crystal Fighters.

Directed by Gareth Phillips (Cat’s Eyes, Is Tropical) the video references the French Situationist movement and their idea; “Sous le paves. la plage” / “Beneath the pavement, the beach”. Drawing upon dream-like imagery, it explores the desire to escape from normality.

In only a few months of playing live, Age of Consent have taken their drum heavy live show to Italy and Austria. They have played with The Drums, Fiction, Is Tropical, Koudlam & Tiga. They have already confirmed a few live dates, with more to be announced soon:

12 August – Chichester, I Am Joy Festival @ The Vestry