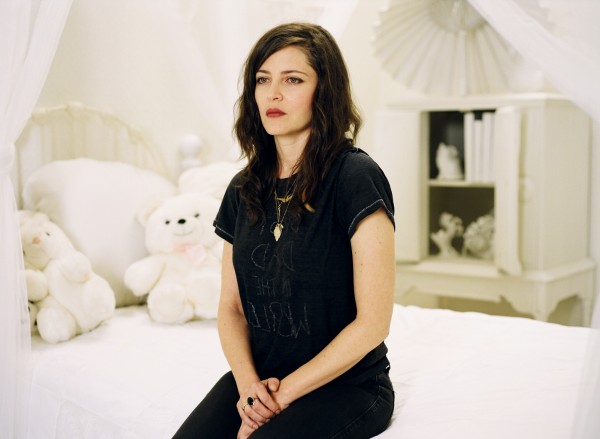 Sarabeth Tucek re-releases her hugely acclaimed second album ‘Get Well Soon’ as a special edition double CD via Sonic Cathedral Recordings on September 12.
After most of the remaining original copies of the album were destroyed in the Sony DADC warehouse fire earlier this month, it is now being re-pressed with a second disc containing the ‘In My Room Demos’, the original four-track recordings of all 12 album tracks recorded at Sarabeth’s old apartment in Brooklyn.
Listen to ‘At The Bar (In My Room Demo)’

The album features the singles ‘State I Am In’ and ‘Smile For No One’, which is released on the same day, September 12. The bonus tracks include the demo of ‘Get Well Soon’ and new song ‘Something/Anything’.

“One of this year’s most striking albums”
The Guardian

“A dignified record bound together by grief” 4/5
The Times

“Yes, it’s another introspective, acoustic singer-songwriter album, but this one’s for real”
The Quietus

“A small-hours classic” 4/5
The Stool Pigeon

“Somewhere in the triangle created by Nico, Beth Gibbons and Joni Mitchell” 8/10
Loud And Quiet

“This magnificent record will live forever” 10/10
The Music Fix

“A very cathartic, human purge of emotions that very few artists manage to capture on record” 9/10
The 405

“If you’re not left in a mournful daze, tears blistering your eyes then surely you can’t be human”
The Line Of Best Fit