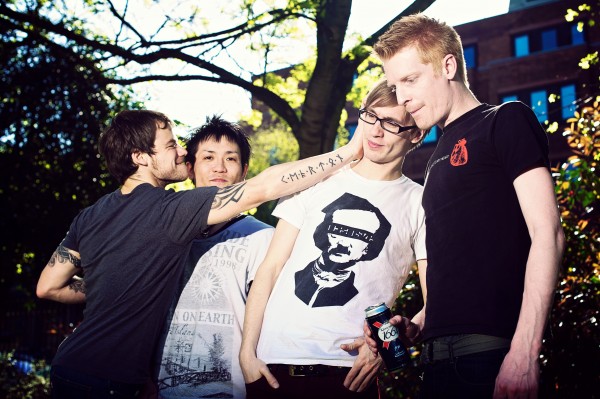 AAAmusic & Meanfiddler are giving away a pair of tickets for Brigade London show!

For your chance to win simply email win@aaamusic.co.uk , subject Brigade, line  with your name, the name of your guest!

London-based quartet Brigade rank as one of the most criminally overlooked bands in British rock music.

Unbridled by the latest ‘scene’ or fashion, they’ve always teetered on the brink of the ‘big-time’, picking up plenty of critical plaudits along the way for their impeccable ability to write huge, timeless rock songs that are built on intricate structures and eschew clichés.

Eight years into their career, the four-piece’s new PledgeMusic funded album, ‘Will Be, Will Be’, underlines just how vital this band still are for UK music.

They return with a reinvigorated sense of determination and songs that are not only their best to date, but also a massive fillip for UK rock as a whole.

The Charlatans New Single “Love is Ending” and Free remix by The Hor... 2 August 2010 | aaamusic