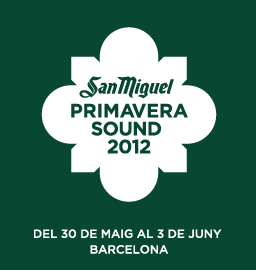 The comeback of two bands that are essential to understanding the nineties really shine out among the new confirmations for the next edition of San Miguel Primavera Sound that will take place from the 30th May until 3rd June in Barcelona. They are Greg Dulli and his The Afghan Whigs and Hope Sandovalâ€™s Mazzy Star, two bands who
will remind us just why they are still around.

The presentation of the second record of the French duo Justice, who already gave one of their first live performances at the festival, will be another great attraction of the Barcelona event together with the first visit of the American A.A. Bondy, the legendary voice of the native-american folk Buffy Sainte-Marie, AraabMUZIK’s original trance-hop and the new promise of the electronic pop Grimes.

The black metal of the mythical Norwegian band Mayhem, the veterans of extreme metal Napalm Death and the recently reformed cult band Sleep, pioneers of stoner doom metal will also be part of the San Miguel Primavera Sound in Barcelona. Wolves In The Throne Room, authors of one of the metal albums of the year, the always welcome Melvins, the promising New York band Liturgy, the Spanish band Orthodox and Harvey Milk from Athens also join the list of artists who have confirmed their presence at the festival up till now. 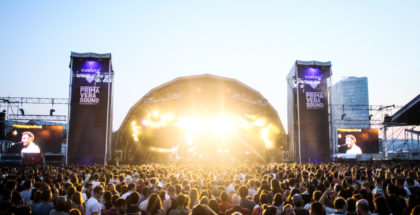