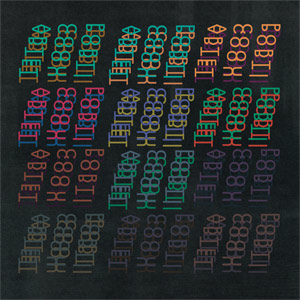 Portico Quartet is a London based 4-piece modern post-jazz group inspired by electronica, ambient, classical and dance. Their innovative and distinctive sound comes from the use of the Hang, a 21st Century percussion instrument where music is triggered from electronic pads. They’ve been compared with Radiohead, E.S.T. and The Cinematic Orchestra.

Their name originates from one of their gigs which was rained off in Italy. They took refuge by playing under a portico. Their early days were spent regularly busking outside the National Theatre.

Their first album, Knee-deep in the North Sea, released in 2007, was nominated for the 2008 Mercury Music Prize. Their second album Isla followed in 2009.

Portico Quartet, their third album, is released on January 30th, 2012 on the Real World Records label. It’s extremely creative, inventive and spontaneous. This unique and exciting music takes you on a moody and atmospheric journey of great beauty where strange, hypnotic rhythms encourage you to enter a new futuristic world. Both fresh and unique, it mesmerises through its mystery and drama and its mood is rich, warm and joyful.