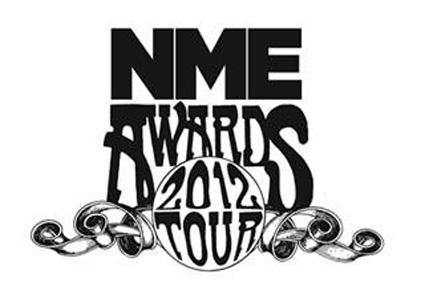 NME is excited to reveal the nominations for its prestigious NME Awards 2012 which take place at London’s O2 Academy Brixton on Wednesday 29 February.  They can also reveal that Kasabian, and The Vaccines are amongst the performers on the night and that Florence Welch and The Horrors are gearing up for a very special collaboration. British comedy’s hottest new star, Jack Whitehall, is confirmed to host the awards, tickets for the iconic ceremony go on sale at 9am on Friday 3 February and are available at www.nme.com .

An incredible eight million votes have been cast this year for the 26 award categories, proving that the NME Awards 2012 is a ceremony that music fans nationwide are truly passionate about.  Leading the nominations this year are Arctic Monkeys who are up for an unprecedented seven awards including Best British Band, Best Album and Best Track (for ‘The Hellcat Spangled Shalalala’).

Matt Helders, Arctic Monkeys: “We’re up for all the big ones – we’re very happy. We had a lot of fun making ‘Suck It And See’ and it’s great to be up for Best Live Band. That’s all we do – record or play live – so it’s good to be recognised!”

As previously announced, Noel Gallagher is the recipient of the NME Awards 2012 Godlike Genius Award.  He will also be vying for four other gongs on the night, including Best Solo Artist and Best Album for ‘Noel Gallagher’s High Flying Birds’.
Coalition government duo David Cameron and Nick Clegg once again attract the wrath of NME readers, both are nominated for ‘Villain Of The Year’ alongside Liam Gallagher, Justin Bieber and Lady Gaga.  Hero Of The Year will be fought out by Alex Turner (Arctic Monkeys), Dave Grohl (Foo Fighters), Matt Bellamy (Muse), Noel Fielding and Noel Gallagher.

The NME Awards 2012 are thrilled to confirm comedy’s fastest rising star Jack Whitehall as this year’s host.  Having established himself as a prodigious talent on the UK comedy scene with sell out tour shows up and down the country and two British Comedy Award nominations to boot, he’s the perfect choice to keep a room of rowdy rock stars in check.  Referencing the infamous NME Awards 2006, hosted by Russell Brand, Jack commented: “It’s brilliant to be able to host the NME awards I’m one step closer to having Bob Geldof call me a c*nt!”.

Artic Monkeys – Suck It and See

The Vaccines – What did you Expect from the Vaccines?

Florence + The Machine – Shake It Out

Foster The People – Pumped Up Kicks

Arctic Monkeys – Suck It And See

T In The Park

Back and Forth – Foo Fighters

There are no Innocent Bystanders – Libertines

Upside Down – The Creation Records Story

Brian May joins My Chemical Romance on stage at Reading Festival

Kasabian see in 2012 with their epic O2 show

Pulp steal the show at Glastonbury with secret set

Noel Fielding – The Scribblings of A Madcap Shambleton

Jared Leto – Notes from the Outernet

Malcolm X – A Life of Reinvention

Hero Of The Year

Villain Of The Year

Justin Bieber – Under The Mistletoe

One Direction – Up All Night

Arctic Monkeys – Suck It And See

Marina Diamandis – Marina And The Diamonds

The NME Awards season gets underway with the NME Awards Tour.  Headlined by Two Door Cinema Club with Metronomy, Tribes and Azealia Banks also on the bill it kicks off at O2 Academy Glasgow on February 8. 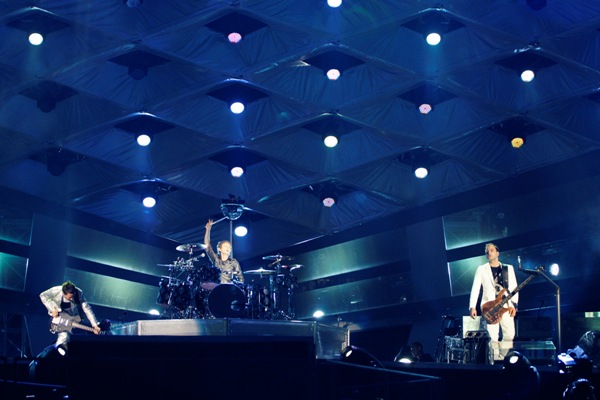