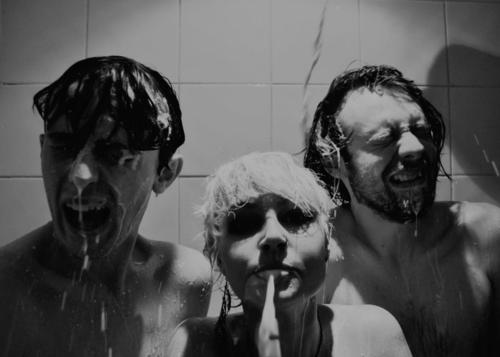 ‘Tie A Ribbon’ is the debut single from Brighton three-piece, Damages.

They play music what they refer to as “tweecore”, which in layman’s terms is fast-paced garage rock with a cowbell on it. It really isn’t too dissimilar to a sound that’s been coined by fellow Brighton rockers Blood Red Shoes.

Tie A Ribbon, weighing in at little more than two minutes, sees male and female vocals meet over disco beats and lightly distorted guitars. I can’t help but think if the lead guitar carried a bigger punch and played a more prominent role this would be far more pleasing to listen to.

Nevertheless, this is a fun piece of rock and roll. It won’t be making much of an impact on the broader music world but I doubt commercial success is on the minds of this angry trio.

Tie A Ribbon is out on Monday 20th February. It’s available to listen to on Bandcamp, SoundCloud, Spotify and YouTube now.