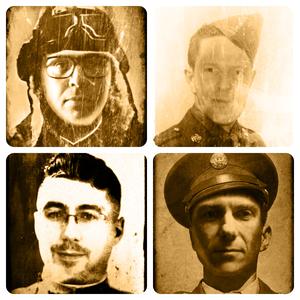 Currently, it’s something of a novelty to have a band professing a love of the likes of Dinosaur Jr, Husker Du and Pixies whose members were born before they released their debut albums, let alone were into them the first time round. The embarrassing thing is that the vast majority of those bands do the early grunge/early indie rock sound a damn sight better than Damn Damn Patriots, and that’s not even taking into account the atrocious production on both songs, good enough songs make it irrelevant, and these… aren’t terrible, but aren’t phenomenal either. The A-side here is the worst offender, a snide little squit of a song that swipes at modern celebrity culture without the bile or energy to actually get angry about it. There are some little melodic moments that will make college rock fanboys like this reporter very happy indeed but there’s nothing here that you can’t get anywhere else, either in style (Yuck, Dinosaur Pile Up), or in message (“Our Bovine Public”, The Cribs).

The B-side, Bible and a Bottle of Pills, is a vast improvement, carried along on a spiffy riff, a very memorable moment which Do The Sell Out entirely lacks, some backbone behind it and a great lyric (sample moment: “someone raped my facebook / posted I was dead”, that lyric alone makes the song roughly 17 times more relevant than all of Do The Sell Out), this is still just Good, rather than great. The production really is awful, sounding like it was recorded in a tin can in one take when the band and producer was pissed (Shut up, that’s a bad thing!) and vocalist Jason’s reedy voice is, ironically for a father, hopelessly whiny. When he yowls and shrieks, like on Bible, it works, when he sings, it fails miserably. A mixed bag then, and I’m not going to pretend that, as someone who is currently wearing a plaid shirt as he types this, I didn’t find at least some joy in it, but there is no way in hell I would choose to listen to this over the multitude of bands doing the same thing as Damn Damn Patriots, but a million times better.