Auction for the Promise Club – One 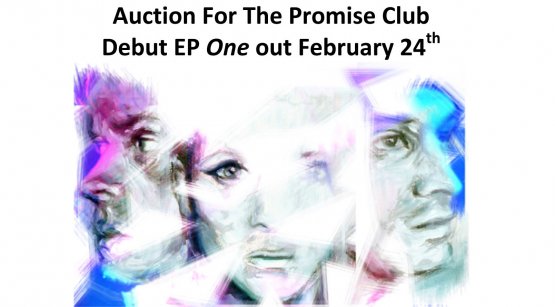 For a debut EP “One” by Auction for the Promise Club is astonishingly polished. Considering that this is a three piece band (made up of siblings Zoe White Chambers on vocals and guitar, Toby White Chambers on drums and Perran Tremewan on guitar and keyboards) their music is surprisingly multi layered- they use a wide range of different instruments and different sounds to create an eclectic EP in only four songs.

“If” is a sweet, fragile sounding kind of a song where lead singer Zoe White Chambers sings with a childlike, emotional tone until about a minute in when she is joined by backing singers, crashing drums and guitars to bring the song to a rather triumphant uplifting finish.

“Liquid” has an electro-pop feel and instantly reminds me of some of Bjorks earlier music. Auction for the Promise Club hone this sound into an indie-pop style chorus that is undeniably catchy and memorable however I wonder if perhaps the song would have been more effective if the chorus was as raw and attention grabbing as the more understated verses.

“Under China” like “If” is a slow burner that begins rather simply before building up into a loud, energetic track- although thankfully the vocals remain easy to hear even when the track is at its most colourful, lyrics such as “I’m losing view, and I’m losing you” remain effective. This band have thus far received high praise and some radio airplay on BBC so 2012 could see some interesting projects in the pipelines.