A Chat With Jonny Cola and the A-Grades 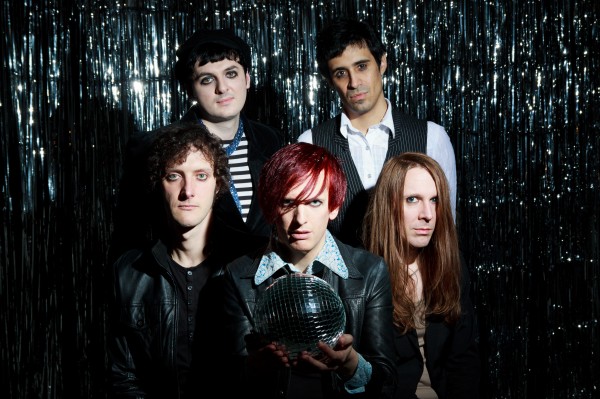 AAAmusic: Tell me about the name of the band?

Jonny – I am Jonny Cola and my band is the A-Grades, I got the name when I  was younger and I used to do music by myself. It was Electro-pop and I had   I used for a while which was ‘Charlie Bobbles’ which is taken from a 60’s   film and then I sort of did not do anything by myself for years then I decided   that I wanted to get a band together. So I thought I kinda event something and   it was like ‘Charlie Bobbles’ elder brother and the A-Grades I do not know it   just sounds a bit spoddy but it sounds good to use.

AAAmusic: Do you own a ‘Menswear’ CD and are they a big influence on you?

Mauro – I think you should talk to him about this, everyone points at Simon.

Simon: Only one out of five of us owns any ‘Menswear’ and their not a big influence.

Mauro: That is probably that done…

AAAmusic: When is the second album coming out and what is the concert behind it?

Mauro: Second Album!!! There is the EP coming out, There is no plan for a  second album at the moment, we are doing EP’s

Simon: for the forceable future

Mauro: An EP and then probably another EP after this one. And I am presuming  probably get an album out after that, but that will not be to next year

Jonny: We are playing it by ear. 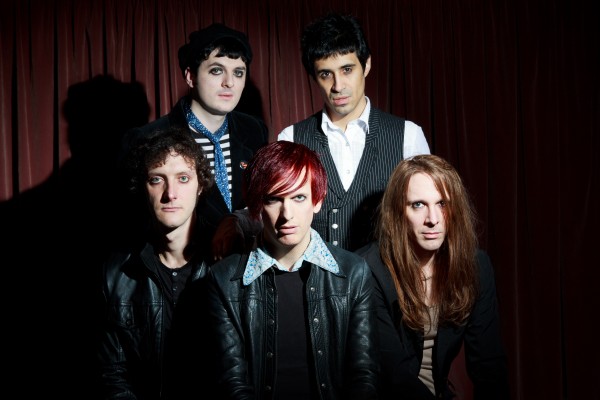 AAAmusic: Glam or Indie? explain Why?

Jonny: Yeah Glam, but indie in the true sense of the word not in the other   we are better dressed than indie.

Rest of the A-Grades: Glam

AAAMusic: Are you playing any festivals and are you touring?

Simon: Easter weekend with ‘Art Brut’ and ‘Missy big Adventure’ and other bands.

Mauro: So that one should be good, we are doing a mini tour around that time   as well and further tour dates later in the year as well.

AAAmusic: who would you most like to work with?

Mauro: Bob Ezering, but in the 70’s but not now. He produced the old  ‘Alice Cooper’ Albums and a bunch of other things and he made them sound   like a much better band than they actually where so that would be pretty good.

Jonny: Useful would not it

Mauro: That is what you want a producer to do

AAAmusic: Who is the sex symbol in the Band?

Mauro – Surly all of us?

Simon – It’s like spice girls who’s your favourite A-Grade, I would either be baby spice or beefy spice.

Mauro – Oh! What would I be Scary of Hypoactive Spice

Jez – I think I would be Posh, well he is Ginger pointing at Jonny Cola

A-Grades – Well Marco you would have to be sporty your the most sporty out of us.

AAAmusic: If your girlfriend is smashing up your record collection and you could only save one record what  would it be?

Mauro – Oh what a horrible Idea!!! That has pretty upset me, The idea of that!

Jonny – It has not actually happening

Mauro – It might be! I do not know where she is right now!

Simon – Are we allowed to say our own!

AAAmusic: No that is cheating you’re not allowed your own Simon!

Marco – ‘Blood on the tracks’ by ‘Bob Dylan’

Jonny – Something by ‘Erasure’ not ‘Abba-Esq’ Chorus is very good, maybe  the 12 inch of ‘Chorus’  Silver PVC or black Spandex?

Mauro – I think we are split on this one I could go either way! depending   what day of the week it was.

Jonny Cola and the A-Grades are:

Tango in the Attic – Paw Prints