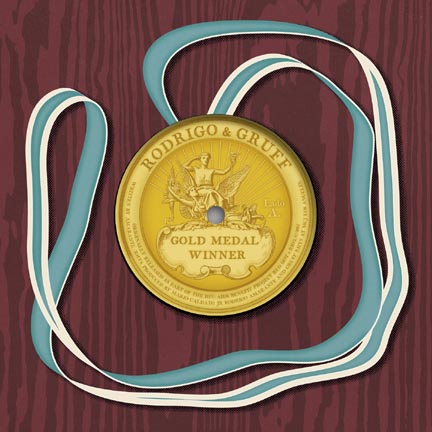 With her second album, CYRK, hitting the shelves on 30th April, Cate Le Bon is set to release a Record Store Day exclusive split single with Gruff Rhys. Cate Le Bon and the Super Furry Animals singer have a long history: Le Bon was a major player in Rhys’s Neon Neon project. She toured extensively with Rhys after appearing on 2008’s acclaimed Stainless Style album. Rhys signed Le Bon to his own imprint, releasing her critically acclaimed debut Me Oh My (on Irony Bored) and her second album CYRK on his Ovni label.

The single comprises a track each from Cate and Gruff. Le Bon’s Time Could Change Your Mind, a languid acoustic number that showcases Le Bon’s unique style and Nico-like cool. Produced by Jonathan Wilson at Bright Eyes’ Five Star Studio in LA, the track is new and unreleased track and will not appear on the forthcoming album.

On the flip side, Rhys’s UK-exclusive Gold Medal Winner is a shuffling bossa nova on the subject of the Olympics (For Loneliness). “I won the world cup for sadness on penalties and stress,” it says. The track might seem a timely London 2012 tie-in but it was originally recorded by Gruff Rhys and Rodrigo Amarante (Little Joy/Os Hermanos) for South American HIV/AIDS charity, Red Hot Organisation, in 2010. “It was produced by Mario Caldato Jr in Los Angeles and is so special we wanted to press it to vinyl,” says Rhys.

‘Time Could Change Your Mind’ by Cate Le Bon: