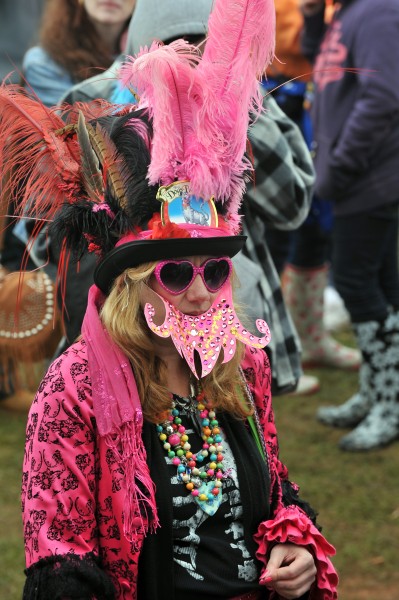 BEARDED THEORY FESTIVAL has announced the event dates, details and headliners for its next instalment of award-winning, family-friendly fun in the heart of Derbyshire. Taking place between 18th and 20th May 2012, Bearded Theory has firmly entrenched itself as the first ‘proper’ music festival of the season.

2012 will be Bearded Theory’s fifth birthday and is a celebration of the music and musicians who either inspired the festival’s inception, or who have become fan favourites over the years.

Headlining Friday will be the Levellers, who’s music and ethos has had a major influence on many of Bearded Theory’s organisers and attendees alike. On Saturday night, Captain Sensible’s Gothic Punk legends The Damned are top of the bill.
Incredibly, the greatest number of complaints Bearded Theory’s organisers received last year on any topic, was for not booking Dreadzone for the first time the festival’s history. To make amends, this year they return to close the festival on Sunday night.

Other major acts also confirmed include The Selecter, Show of Hands, The Popes, Terrorvision, Back To The Planet, Dr & The Medics, Credit To The Nation and of course, perennial Bearded Theory favourites, 3 Daft Monkeys. The fabulous Wheatus will be performing the now-legendary Sunday lin

Bearded Theory has also confirmed details of a number of exciting changes for 2012. These include a creation of two entirely new areas; Tornado Town (a festival within a festival), and The Water’s Edge. Underlining their commitment to supporting local businesses, the festival have appointed Thornbridge Brewery in Bakwell, (located just 20 miles from the festival), to run their on-site bars.

Richard Bryan from Bearded Theory Festival says, “We are delighted to have be named UK’s Best Independent Festival at the prestigious AIM Music Awards in recognition of last year’s fabulous event. Everyone involved in Bearded Theory is already working hard to try and deliver an even better one for next year. With two totally revamped areas and a whole range of new activities planned, 2012 is shaping up to be a vintage year for Bearded Theory Festival.

Tickets are available from www.beardedtheory.co.uk/shop, www.quaytickets.com or by calling 08432 081 835. All include 3 nights of camping and access to all music and on-site events. No day tickets will be sold for the 2012 event.