Oberhofer & Fanzine play Co-op gig at The CAMP in April 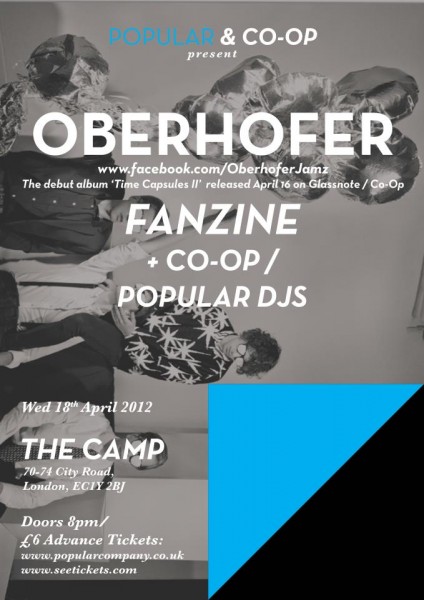 Two exciting recent additions to the Cooperative Music family will be live in action at The CAMP on 18th April 2012. After incredible live performances in the capital last month, New Yorker Oberhofer will take a trip across the ocean between Coachella shows to share his exhilarating guitar pop with us all, fresh from the release of Steve Lillywhite-produced debut album ‘Time Capsules II’ on the 16th April on Glassnote Records.