Get ready to dance to the beats of Metronomy and Shangaan Electro, and share a moment of reflection with The Antlers, Bardo Pond, Mikołaj Trzaska, performing his soundtrack to the film Rose and prepare to be offended and deafened by Apteka. And if that’s still not enough, the American electropop duo High Places, the British producer/visionary Andy Stott, and Beneficjenci Splendoru (who are not robots, despite rumors) invite you to the Radio 3 Stage.

An electropop machine designed to get you on your feet. Patented in the English town of Devon in 1999 and led by mulitinstrumentalist and showman Joseph Mount. Their third and latest album, The English Riviera, serves up a handful of club hits that no proper party can do without, and has also garnered critical acclaim, culminating in a nomination to the prestigious Mercury Prize. But their live performances are where Metronomy truly shine. The group has become a hot item for remixes as well, collaborating with such artists as Gorillaz, Franz Ferdinand, Goldfrapp, and Lady Gaga.

“Our goal was to bring people with us as we navigate different waters of sound. To invite people into this world that we were working on as a group of three people enjoying what we were discovering about music and about songwriting and about making a record,” said The Antlers leader Peter Silberman about the premiere of last year’s album Burst Apart. This Brooklyn-based indie rock outfit has managed to win over festival audiences at Primavera and Lollapalooza, as well as the critics at Pitchfork, who awarded Burst Apart the “Best New Music Label,” and Drowned in Sound, who proclaimed it 2011’s best record (“albums are rarely as unashamedly, gut-wrenchingly, genuinely emotional as this”.)

Founded in 1989 by the guitar-wielding Gibbons brothers, the American group Bardo Pond is one of those bands that has cultivated and developed its own form of psychedelic, exploratory rock. Rightly considered the leading representatives of a space rock movement known as Psychedelphia, Bardo Pond have released eight official albums along with countless EPs and limited-edition jam session recordings. Reviewers have pointed out echoes of early Pinky Floyd in their music, as well as the influence of cold krautrock and noise rock. It’s hard not to give in to the hypnotic qualities of this music at live performances.

Dog, whose real name is Richard “Nozinja” Mthethwa, was a cell phone repairman up until recently. Now he’s a publisher, producer, and the shining star behind a new style of music whose popularity has spread across Africa and the entire world. What launched Shangaan Electro from Limpopo in South Africa to trendy Western clubs was its explosive combination of ethnic elements and dance music played at breakneck tempos. If the prospect of dancing to a marimba at 180 bpm sounds enticing, then this concert just might be the highlight of your OFF Festival experience!

Mikołaj Trzaska, co-founder and sax player for the band Miłosc, and later the leader of Łoskot, is one of the most significant figures on the yass scene, responsible for the last important revolution in Polish independent music. He has worked with such artists as Tymon Tymański, Marcin Swietlicki and Andrzej Stasiuk, Yuri Andrukhovych and Ken Vandermark, and has boldly crossed boundaries in genre and culture. His performance at the OFF Festival will feature the beautiful soundtrack to Wojciech Smarzowski’s stirring film Rose, live for the first time ever. The concert will be a continuation and development of a project that starts off with the OFF Club (Katowice, May 11-13), where Barn Owl, A Hawk And A Hacksaw, and Tim Hecker will perform the music to movies by Anka and Wilhelm Sasnal, Sergei Parajanov, and Werner Herzog.

Apteka may be Polish for “pharmacy”, but this is one drugstore that isn’t going to leave you feeling any better. Despite his 30 years on the rock scene, Jędrzej “Kodym” Kodymowski – the frontman of this Tri-City band – has lost none of his former radicalism. The band’s excellent new album, Od pacyfizmu do ludobójstwa, is not only Apteka’s most furious release since their cult album Menda, but also their most artistically accomplished record since. Supporting Kodym in the studio were Agim Dzeljilji of Oszibarack (production) and James Morton, who performs with Portishead. But there will be no room for nuance on stage: Apteka live is a consistently psychedelic and punk rock punch in the jaw.

Mix a handful of intelligent 80s electronic music with a dash of contemporary indie-psychedelica: that’s the recipe for artistic success used by the NYC-founded but California-based duo High Places. The tracks served up by Mary Pearson and Rob Barber might bear faint echoes of the The Knife and Xiu Xiu (with whom they even shared a split record), but these original sounds are much brighter, more open, and fun. Just check out their latest album, Original Colors, released last fall on the legendary Thrill Jockey label, and see for yourself.

Though small, the Manchester label Modern Love has already earned a following among fans of new electronic music. No wonder they decided to open their doors to Andy Stott — a producer with quite a reputation already — who breathed new life into dub techno with his 2011 release Passed Me By. We’ve already featured Actress at the OFF Festival, and now it’s time to meet the guy who threw the gauntlet down before him.

Until recently, it seemed that Beneficjenci Splendoru would never step outside the home fortress of musician and journalist Marcin Staniszewski, remaining an exclusively studio-based project, albeit one praised universally for their debut Trendywaty chłopiec and their sophomore release Tęczy wybielacz, both of which garnered enthusiastic reviews. Luckily, it turns out that Beneficjenci Splendoru’s hermetic avant-pop will have a live incarnation, reinforced by vocalist and multiinstrumentalist Iza Lamik, drummer Robert Alabrudziński (Daktari, Strange Brew), and guitarist Wojtek Bubak (Lachowicz, Sensorry). This is one concert you just can’t miss.

Please not – Due to circumstances beyond the events control, the band Swietliki will not be performing at the OFF Festival.

Imogen Heap performs ‘Me, The Machine’ with new musical gloves 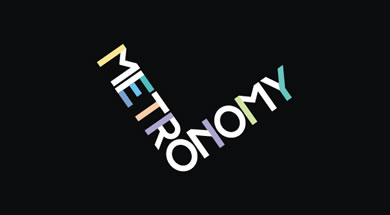