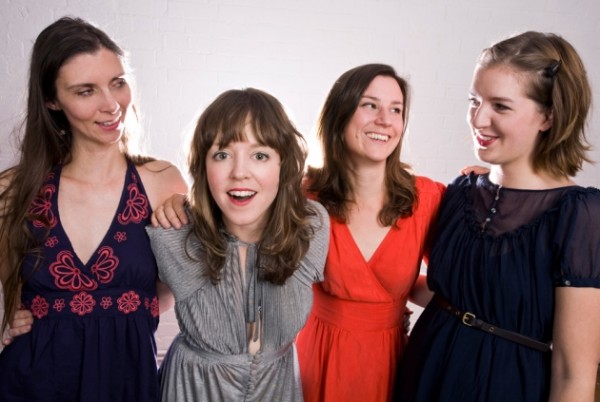 Fresh from appearing with Frank Turner at his mammoth Wembley Arena show earlier this month, Emily Barker and her band The Red Clay Halo have this morning announced their biggest headline show to date.  On November 21st they’ll be appearing at The Union Chapel, London.  A limited number of ‘Early Bird’ tickets are available for the show at just £12 via the below link.  Once those have sold out, all remaining tickets will be priced £15.

The two bands have long been good friends, with Emily Barker & The Red Clay Halo having also supported Frank on both his November 2011 UK tour, and recent 2012 european jaunt.

More fantastic news for the band comes in the shape of their track ‘Pause‘, which is the theme tune to BBC 2 series The Shadow Line, being nominated for an Ivor Novello Award for ‘Best TV Soundtrack’.

This isn’t the first award-nominated track the band have had used on TV; the track ‘Nostalgia‘ from 2008’s ‘Despite The Snow’ album was used as the theme to the BBC One series Wallander, going on to win BAFTA and Television Awards.

The bands most recent album ‘Almanac’ was released in 2011.