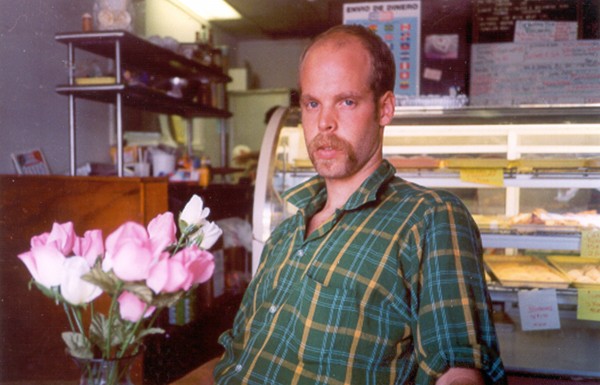 2012 is shaping up to be a celebratory year for Bonnie ‘Prince’ Billy. First there was Will Oldham on Bonnie ‘Prince’ Billy – the recently published book of his reflections on a truly idiosyncratic approach and ethos that have seen him rub shoulders and share stages/recording space with the disparate likes of Johnny Cash, R Kelly, James Earl Jones and Bjork in a quarter-century stretch of fearless artistry. The wonderful Faber & Faber published conversation with long time collaborator and friend Alan Licht illuminates the scope and scale of Bonny’s unique vision, allowing never-before-gleaned insight into the ideas of mystery, intimacy, spontaneity and community that run deep through his formidable canon of work.

Between 1993’s There Is No-One What Will Take Care Of You Palace Brothers debut and last year’s Bonnie ‘Prince’ Billy return Wolfroy Goes To Town, Bonny has released no less than seventeen studio albums, twenty-five EPs and five live albums. Be it in the guise of Palace Brothers, Palace Music, Bonnie ‘Prince’ Billy or simply under his birth name, the integrity of Bonny’s output has remained a constant and his  journey through (and indelible impression on) the storied landscapes of American country, folk, punk and indie-rock is incomparable.

It is in the spirit of celebration of an artistic life so remarkable that Domino is this year to re-issue six classic Bonnie ‘Prince’ Billy recordings dated between 1996 and 2004. On July 30th, new, re-named editions of Palace Brothers release Arise Therefore (1996) and Joya (1997), the definitive Bonnie ‘Prince’ Billy debut I See A Darkness (1999) and subsequent BPB albums Ease Down The Road (2001), Master And Everyone (2003) and Greatest Palace Music (2004) will be available under Oldham’s now stable Bonnie ‘Prince’ Billy moniker.

Whether starkly primitive and intensely spare as Arise Therefore, rich with haunted grace like I See A Darkness or swinging with an almost straight-up country lushness on Greatest Palace Music, these albums represent a golden era for Bonny as a writer – his powerfully affecting, deeply human meditations on sex, death, isolation and longing achieving a rare universal understanding despite being rooted in a fiercely intimate system of belief.

The track listing of the Now Here’s My Plan EP is as follows:

The six Bonnie ‘Prince’ Billy albums which are being reissued on the 30th of July are:

I See A Darkness

Ease Down The Road