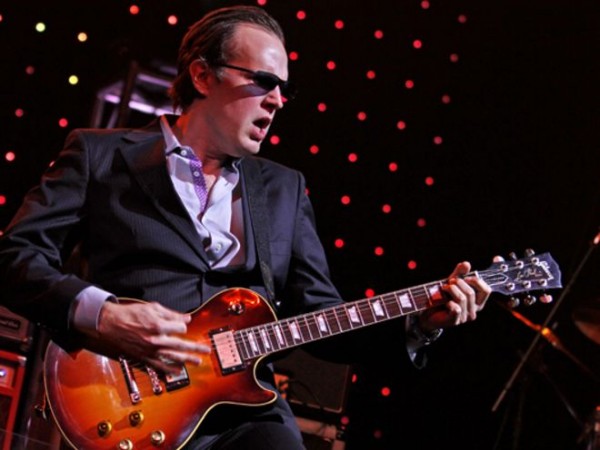 Following the May 21st release of Joe Bonamassas critically acclaimed 13th solo album Driving Towards The Daylight, which is currently #2 in the UKs Official Album Chart, the renowned guitarist will perform a series of four significant London concerts that chronicles his rise from playing the intimate Borderline to the prestigious Royal Albert Hall.

Blues rock fans will be able to purchase tickets to see Joe perform at four different London venues including The Borderline (March 26), 02 Shepherds Bush Empire (March 27), HMV Hammersmith Apollo (March 28) and the Royal Albert Hall (March 30).  All concert tickets, including a very special Borderline ticket entry, go on sale on Friday June 1st from the 24 Hour Ticket Box Office: 0844 478 0898, or can be booked online from www.thegigcartel.com.

A special 48-hour ticket pre-sale on Planet Rock radio will start from Wednesday May 30th, two days before tickets go on sale to the general public.

For those fans that purchase a special VIP ticket, this will enable them to attend all four concerts, including admission to see Bonamassa perform at the Borderline in London on Tuesday 26th March 2013.  The Borderline concert is restricted to a limited run of 200 tickets, and will showcase Joes atmospheric rise to the top of the guitar world, in an intimate and a reduced capacity setting of this famous London West End venue where it all began for the critically acclaimed blues rock guitarist.

Nows your chance to get up close and personal in London with Joe Bonamassa at what is being hailed as The Guitar Event of the Year.