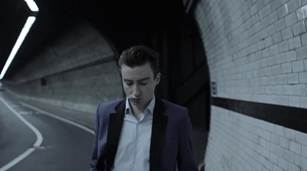 Check out the rather neat subterranean video for Eugene McGuinness’ cover of Lana Del Rey’s song “Blue Jeans”. The video for his atmospheric, surging rendition is directed by London-based (via Melbourne and Montréal) filmmaker Tim Kelly.

Eugene releases his upcoming album The Invitation to the Voyage, on August 6th 2012. Equally primal and playful, swaggering yet soulful, anthemic but sonically experimental, it is the second full-length album from Eugene McGuinness.

Following his tour as special guest to Miles Kane, he will be performing live in the UK over the next few months with headline London shows at Koko on 8th June and The Lexington on July 3rd. Make sure you catch him at one of these dates: